‘The Vast of Night’ Review: Andrew Patterson’s wondrous debut is a salute to yestercentury sci-fi, and the pull of the unknown

The director's grasp on craft makes him a name to watch out for, even as the movie's story sometimes stumbles in the dark. 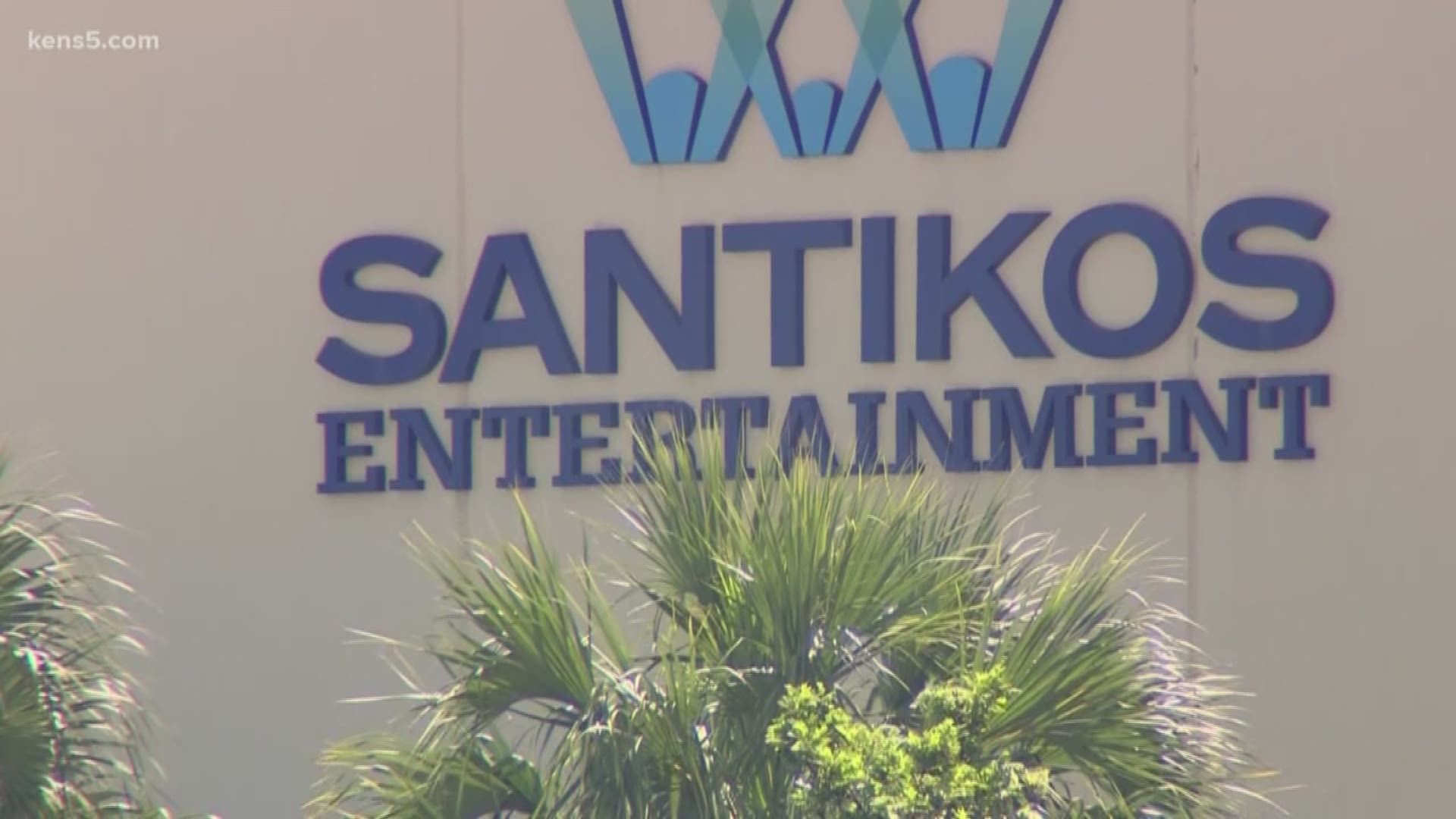 Oh, and by “fashions itself,” I actually mean Patterson dives head-first into the genre playbook – with the eagerness of someone who stayed up into the wee hours of the morning watching “Twilight Zone” episodes and reading comic books with UFOs on the cover under the covers – for his pseudo-procedural about the seductive pull of the unknown, and in this case that vast unknown is two-fold: It is the strange happenings being investigated by our tireless protagonists, and it is also the new venture of moviemaking being undertaken by Patterson himself. In his debut, the director’s style stretches to the cosmos, but legitimate narrative tension remains mostly a specter.

Patterson and the movie’s writers – James Montague and Craig Sanger – lay their cards on the table early, playfully contextualizing “The Vast of Night” as an adventure unfolding on a retro TV program and making the joke that the movie could play between episodes of “The X-Files” before the audience is given the chance to say so. Over the next hour and a half, we’ll realize it simply makes sense that the overhead street lights look like flying saucers, that the setting shares the same state as Roswell, that there are eventual gasps of “something in the sky.” This town may be in for strange new encounters, but we have decades of pop culture to tune us into the staticky frequency of Patterson’s otherworldly interests —and he relies on that knowledge.

Before Everett  (Jake Horowitz) and Fay (Sierra McCormick), the young characters we’ll follow from revelation to revelation in what seems like real time, become a novice version of Mulder and Scully, we meet them at a local high school where the whole population is about to show up for a basketball game. Judging by the clothes and cars, the slang and the optimism, we’re somewhere in the ‘50s. Outside the gym, Everett and Fay are trying out a shiny new sound recorder the latter has gotten her hands on while she excitedly waxes scientific about other futuristic devices that, in this era, have only just begun their existence as dreams.

The very potential of things becomes a central idea in their energetic dialogues as they walk through lonely streets, just as potential will become a central idea in Patterson’s movie and the pursuit they his characters don’t yet know they will soon embark on. But, as we know, potential isn’t the same thing as promise—sometimes the two dance around each other as we anticipate the clash that will produce something remarkable. And sometimes, potential and promise never meet.

The story really begins a few minutes later, as Patterson fixes our attention on Fay at her evening job at the telephone switchboard. She picks up a call and is met with a strange noise somewhere between static and hiss. She can’t explain it. It’s the first sign of something that’s not knowable—it’ll soon become its own source of potential for Fay and Everett (and Patterson) as they eagerly take the steps toward discovery, as if they were waiting all their lives for something so strange and unusual. Things will only get even more so, while Patterson confidently and thoroughly swerving around the threat of hokeyness. He excels at holding a straight face about subject matter that is sneakily difficult to explore with sincerity in 2020; there’s a reason original sci-fi is a rare sight in cinema these days, whether on the big screen or our portable ones.

Nonetheless, “The Vast of Night” is a shameless jolt of B-movie aesthetic homage, a film created in the spirit of seeking out the strange and curious – and potentially dangerous – with a level of technical craft that promises big things and bigger budgets from Patterson in the future. Among its many influences, you might be reminded of certain M. Night Shyamalan works when it comes to Patterson’s penchant for ambiguity. The director is a fan of the long take; that isn’t more clear in “The Vast of Night” as when the camera takes an impressive visual journey early on, zooming through the whole town for an extended period without cutting away as if it we were looking through the eyes of some creature on the prowl. If there’s one thing to be suspicious of, it’s the visual language of “The Vast of Night,” which always feels like it’s one or two steps ahead of us. Might something already be lying in the wait in this small New Mexico community, a la “War of the Worlds”?

Patterson also loves being the emotional authority, toying with audience expectations in several moments that make it seem like he’s getting ready to pull the trigger and blow past the confines of his limited budget and general lack of terror (it’s a smart trick by him that this movie, reportedly a microbudget production and certainly resembling it, keeps its scope narrow in focus). It’s part of the movie’s DNA that the first-time filmmaker is constantly tiptoeing along the edge of that precipice without peering over it.

But it’s also in that constant teasing the audience that it can start to seem like “The Vast of Night” may, on occasion, be starting to kid itself. If the movie triumphs in what it does with the camera (manned by Miguel Ioann Littin Menz) and in the editing room, Montague and Sanger’s screenplay (the first for both) feels like an early draft that – like Everett and Fay – is searching for something to get excited about, a reason to get our hairs standing on end. One of the most baffling failures of compromise I’ve seen in a movie this year comes when “The Vast of Night” trades in its sense of urgency – manifested in quick cuts, a creepy-cool score, and the wide-eyed McCormick and Horowitz – for a pair of resoundingly flat monologues of exposition that feel like they might account for a third of the movie’s brief runtime. The camera is still in these scenes, insisting we focus on a stream of words that we’re meant to glean narrative context from, or at least a sense of direction on what might be happening outside the walls.

What these unengaging sequences instead feel like – especially as they awkwardly transition into total visual darkness at one point – are tired respites of a story wondering if it might have been best served as a podcast, or an epic Twitter thread of six-word horror stories. Patterson’s direction and Montague/Sanger’s screenplay feel like they have separate intentions whenever it isn’t the former that’s powering “The Vast of Night” (thankfully, that’s more often than not the case). The more the film goes on, the more the lack of coherent context starts to feel like a burden on a picture that, up to this point, has weaponized lack of explanation as a creative advantage. “I think what I can tell you will be very important,” Everett is told over the phone at one point, and he acts on it. But if there’s something the director and screenwriters are trying to say beyond “The Vast of Night” as an exciting sculpture in the sandbox of sci-fi, it’s difficult to decipher. In these sequences, the movie is trying to have its interdimensional cake, and eat it too.

Which is a shame, because “The Vast of Night’s” technique and tone is often sublime enough to make it feel like we’ve never seen hundreds – thousands? Millions? – of iterations of this story before. When the film, which hits Amazon Prime Friday, prioritizes narrative restraint, it’s a treat to be tractor-beamed up into its embrace. Potential and promise dance enticingly close, and even briefly scrape each other in the film’s most wondrous moments. As it stands, I’ll be eagerly anticipating their collision in whatever Patterson might do in the future.

"The Vast of Night" is rated PG-13 for brief strong language. It's available on Amazon Prime Video beginning Friday.