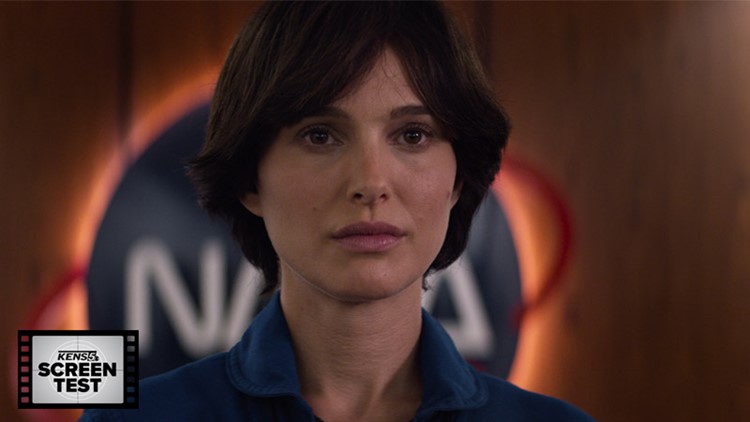 Review: 'Lucy in the Sky' is a miscalculated disaster of an astronaut drama

Like many of the early missions undertaken by NASA’s astronauts, “Lucy in the Sky” is obsessively go-for-broke, a project that isn’t preoccupied about where it will plant the flag at its destination so much as how it will even get there. Unlike NASA’s successes, the movie is an amalgam of big ideas, aspirations and faint messages that never even gets the Moon in its sights, let alone reach it.

Based on yesterdecade news headlines, Noah Hawley’s movie – his first feature project after making a name for himself with “Fargo” and “Legion” on the small screen – about an astronaut struggling to re-adjust to life on teeny tiny Earth after “seeing the face of God” (read: space) is about as erratic as its main character, Lucy Cola, here portrayed by Natalie Portman. “Lucy in the Sky” begins on her eyes peering through her helmet, floating in space and drawn to the great dark canvas of a shadowed Earth in front of her—urban lights break the sprawl of night like splotches of yellow of a cosmic Jackson Pollack panting.

She tells her co-adventurers that she needs just a few minutes to soak it all in—she’s in awe. Could we blame her?

Rather abruptly, Lucy’s mission is over, and awe turns to being back among the land of mortals—picking up her daughter from school, embracing her husband, Drew (Dan Stevens), being convinced to go play a game of bowling after work. She also spends some time speaking to a big-bearded Nick Offerman, a therapist or counselor of sorts in NASA’s employ whose duty, the movie implies, is checking in on the mental states of spacefarers upon return (this being set in the aughts, the job is still left to flesh and blood, not silicone and software).

Offerman’s Will Plimpton recounts a story to Lucy about a tertiary Apollo 11 crewmember who circled the Moon as Neil and Buzz made history on it. No human had ever been as alone, he tells Lucy. It’s unclear what exactly he’s prodding her into revealing, but she doesn’t give in: “I’m fiiine,” she responds, in a southern drawl Portman has adopted into her carousel of big-time accents.

The implication is that she isn’t—her story wouldn’t be a movie otherwise, would it? “How fine, exactly, is she?” seems to be the main question Hawley seems to be interested in. Along with about 300 others.

Unlike this decade’s other star-hopping epics – from “Gravity” to “Interstellar” to this fall’s “Ad Astra” – you can’t unequivocally categorize “Lucy in the Sky” as a so-called “space movie.” Bouncing between telling a stranger-than-fiction story and attempting to de-mystify Lucy’s psyche, this is something cerebral, yes, but also much more intrinsically domestic—at least that’s the idea. Hawley’s movie unfolds within suburban living rooms, NASA facilities and deteriorating relationships, but it never finds its way into the parts of Lucy’s mind that it so wants to access. Worse: It’s stumbling around in the dark trying to gain entrance.

The issues holding Hawley’s movie back are myriad—its clearest conflict is a clash of tones and priorities, at times taking on the visage of a complicated character study suggesting a heart of obsession, and at others something much more dubiously straightforward. All the while, cinematographer Polly Morgan has chosen the movie as an inopportune (for us) opportunity to experiment with aspect ratios; the limits of the screen change dynamically and inextricably, a visual metaphor for the caging of Lucy’s mind that feels less like a creative flourish and more like a suggestion that the movie is afraid we won’t “get” it otherwise.

“I never felt so alive,” Lucy says shortly after her return; and she genuinely seems like it, to the point where she’s vying for a return trip on the next mission. But the movie’s screenplay – a collaboration between Brian Brown and Elliott DiGuisseppi – is oppositional to the character it’s focused on, insisting that, in fact, this isn’t the same person, and that part of her was left miles and miles overhead.

Because we get no glimpse of what Lucy was like before the mission – presumably she was just as likeable and studious, with the only discernible change being a newfound affair with a fellow astronaut (Jon Hamm, in what might be too obvious a role for him) – “Lucy in the Sky” barely provides us the avenue to empathize with whatever mental freefalls Lucy is going through. The screenplay makes you feel like you’re playing catchup, but often there’s nothing in the story to catch up to besides the obvious, hokey metaphor.

At the movie’s most glaringly weak moments, Lucy is just a caricature of a character whose strings are being pulled by the screenplay; rarely does it feel like she acts of her own accord. Passion, rage, trauma, confusion—as Lucy, Portman manifests a whole spectrum of emotions. But it’s always with the force of standing on the launch pad at liftoff, and never with the calculated grace we associate with metal ships breaking through the atmosphere.

Lucy risks her life in a training simulation, strains to keep her family together and leaves messages to superiors serving as half-baked feminist sentiments—the movie tangentially observes the surface of why the increasingly obsessive and compulsive persona at its center is doing what she’s doing, but it’s only from lightyears away.

Hawley and his screenwriters don’t have to pretend like it knows why Lucy did what she did, but they spend two hours side-stepping around any meaningful exploration of why Lucy does what she does in their own version of her story. For a movie based on a profession where the consequences are sometimes death, no actions ever come back around for Lucy or any other character; there’s no understanding where her headspace is at once she embarks on an extreme third-act mission, as if we’re just meant to be spectators to the chaos that unfolds.  There is nary a payoff, nor any semblance of a lasting impression. Other than, perhaps, ruining an iconic pop song.

"Lucy in the Sky" is rated R for language and some sexual content.

RELATED: Review: In 'El Camino,' Jesse Pinkman's road is paved, finally, with his own intentions

RELATED: Review: 'Joker' reimagining is an artificial, bloody circus without a punchline