‘Judas and the Black Messiah’ Review: True-life treachery within the Black Panthers’ ranks 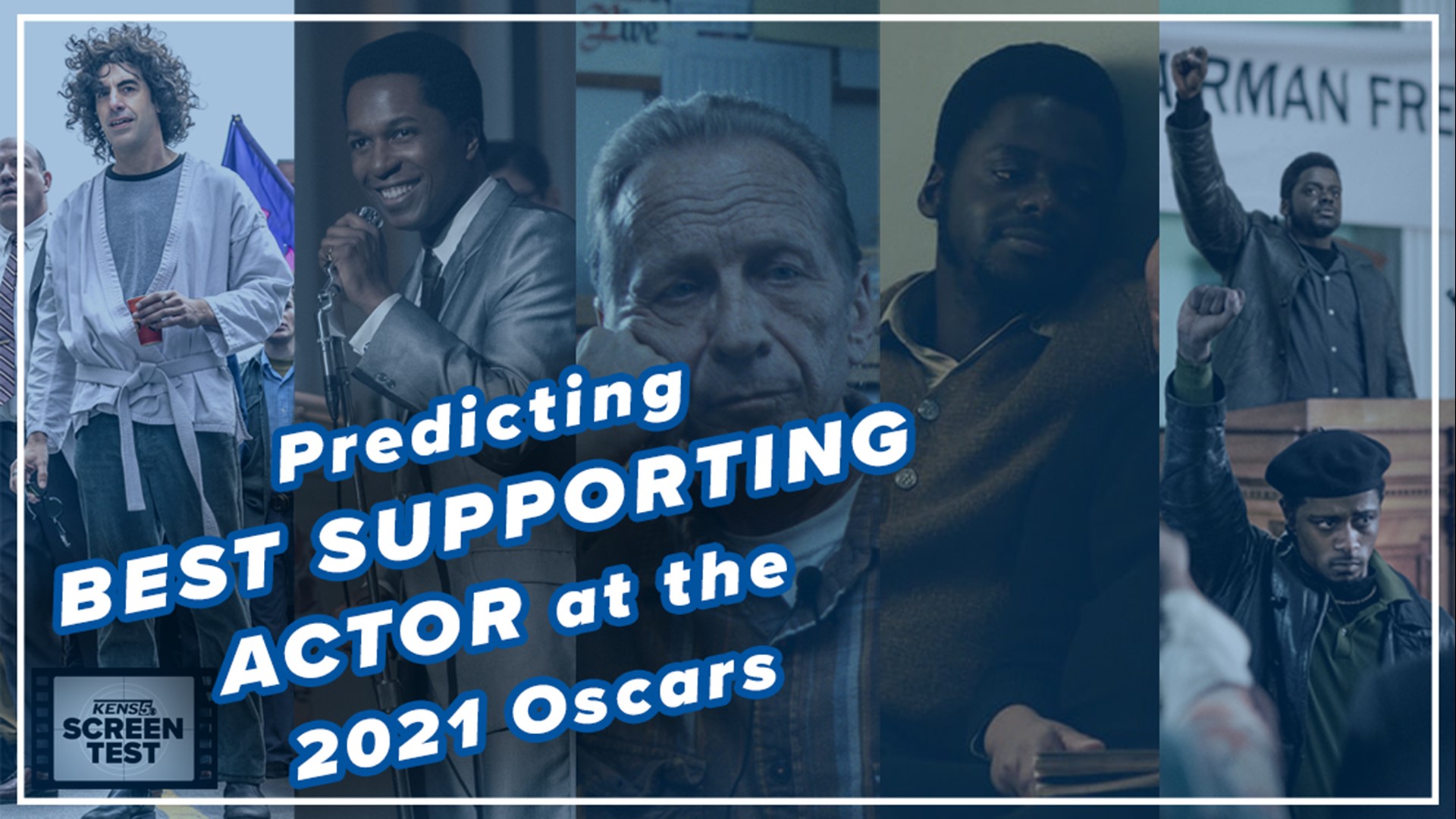 If the story being told in Shaka King’s “Judas and the Black Messiah” – a mighty impressive sophomore feature chronicling the influence and 1969 police assassination of Chicago Black Panthers leader Fred Hampton when he was just 21 years old – was any weightier, it would threaten to burst out of the TV sets that most HBO Max subscribers will likely be watching the movie through upon its Friday arrival. The film has a gravity to it, a largeness of implication, that suggests it was built for the big screen (rest assured that isn’t just the part of me going through cinema withdrawal speaking; I’ve had the better part of a year to contend with that).

But in spite of the movie’s sense of momentousness – and, really, because of it – “Judas and the Black Messiah” recognizes the power of a quiet moment just as much as a loud one, and understands that intentions are divulged in one’s eyes as much as in one’s voice. When the movie’s keystone scene comes around and Daniel Kaluuya’s fiery, energetic, uninhibited Hampton is proclaiming “I am a revolutionary!” in a speech that’s more of a sermon, we recognize with bated breath that this story’s principal characters are all converging on a point of no return via different paths.

That’s more than just the result of stellar performances and a smart story structure, although there’s plenty of both to be found here. It’s also the product of a filmmaking sensibility that supplements its broad-canvas propulsiveness with emotional intelligence, an equilibrium that feels all too rare these days. Here is a powerful story about Black injustice – a full-bodied historical drama outfitted in dual character studies – that doesn’t take its real-life contexts for granted at a time when that’s exactly what we’d expect a major studio project to do.

At its purest, “Judas and the Black Messiah” is a story of betrayal. But history is more complicated than that. And King’s movie – which he co-wrote alongside Will Berson, in addition to credited story contributions from producers Kenneth and Keith Lucas – gestures at its awareness of that fact by introducing us first to the Judas of this particular story, LaKeith Stanfield’s Bill O’Neal, who recklessly tries to steal a car while passing as a Chicago cop and lands in the custody of actual cops. Blood slowly dripping onto the floor and face hung, he appears resigned to the inevitability of what’s to come as footsteps approach from behind. But instead of being thrown in a cell, he’s offered an opportunity by FBI agent Roy Mitchell (Jesse Plemons): Infiltrate the local Black Panther chapter and gather intel for the bureau, where J. Edgar Hoover (Martin Sheen, overcartoonishly made up to resemble the enduring rot of American injustice) has set his sights on Fred Hampton, the “Black messiah” whose voice he’s resolved to suppress.

We promptly experience that voice for ourselves, and sure enough it’s a voice Fred uses to stir others to action in an early, rousing speech. But it’s also a voice used to respectfully retort when Deborah Johnson (Dominique Fishback) reminds him that carefully choosing his words matters as much as delivering them—that “you’re a poet.” And it’s also a voice that he uses to educate his comrades on what differentiates war from politics (“War is politics with bloodshed, politics is war without bloodshed”) in inner-Black Panther Party seminars, where the groundwork is laid for Fred’s efforts to form a rainbow coalition of “oppressed people of every color” in Chicago. Among those listening, keenly but with a hint of disbelief about the cause’s practicality, is Bill, one of Fred’s newest disciples.

To say that “Judas and the Black Messiah” puts the inner workings, motivations and lives of the Black Panthers into sharper focus than any other major Hollywood studio project that preceded it reflects, of course, as much about the industry’s history of white normativity as it does about King and Berson’s screenplay. And yet, the writers give Fred a complexity worthy of a person navigating his own story, and not solely of his place in Black American history. At the same time as we’re watching romance spark between him and Deborah, we’re watching Fred work to bring others into the fold of his efforts, and it’s in these sequences – including one thrillingly staged gathering that nearly devolves into chaos, thanks to the FBI’s disruptive efforts – that “Judas and the Black Messiah” also exhibits how the Panthers were just one slice of Black life in 1960s Chicago.

The movie is vastly multidimensional, which isn’t always the same as calling it robust; it’s ambitious in its attempts to fit so much storytelling into a two-hour runtime, the rare film that could have benefitted from being longer, especially when it comes to more vividly panting Bill’s ascension to the top of Fred’s ranks. In this saga’s web of relationships created from consequential threads, Bill and Roy’s connection – one that only begins ostensibly casual and business-like – comes to possess a thematic intrigue magnetized by Bill’s burgeoning realization that while his purposes for joining the Panthers are secretively treasonous, they also put him in a position of having no control at all over his station. Stanfied makes too much sense as the actor to depict that inner maelstrom of guilt and conflicting loyalties, but it doesn’t make his performance any less stunning; he has a way of making exasperated laughs sound more like tragic sobs, of resembling a severed livewire with an attachment to power but lacking the means of co-opting any of it.

Then there’s Kaluuya, making the most of his rising-star status with a performance that’s somehow better than you’d expect as he fully throws himself into every syllable of his dialogue, juts in and out of the frame when the story calls for him to be at his most captivatingly electric, as if refusing to be pinned down by the fate that Fred knows is only inevitable in a society whose overseers kill its revolutionaries. In Fred and Bill, we come to observe two juxtaposing portraits of preservation and liberation, of passionately endeavoring to maintain a community’s resilience and of desperately trying to assuage one’s own cowardice.

That we witness the two sides of that dynamic directly confronting each other a scant few times is sometimes an awkward realization on our part, but it’s partially alleviated as both men are given the room to reckon with their choices in their own narrative spaces. For Bill, that space is an increasingly claustrophobic one as he descends into paranoia about being found out by his fellow comrades—a narrative tension stretched further by what Roy is keeping from him. Fred’s characterization is deeper and more resonant, in large part because the evolution undertaken by Deborah – portrayed by an actress who is a more-than-worthy screen partner for Kaluuya – forces the Black Panther chairman to confront his roles as a leader and father-to-be, and whether prioritizing the latter somehow makes him less of the former.

That particular scene blossoms into one of the film’s most interrogatory and powerfully humanizing, as Deborah’s words reciting a poem about her inner battle melds with a hauntingly lit police search for a fellow Panther happening concurrently elsewhere in the city. The revolution is growing increasingly bloodier as authorities eagerly instigate the organization, increasingly volatile as the beat of the plot quickens its pace to meet the stride of history. Once points of no return are crossed for Fred, Bill and Deborah, it’s a testament to the film’s pensive asides that we also understand what they’re leaving behind in the process.

“Judas and the Black Messiah” ends, as all docudramas must – even the great ones – by informing the audience about what happens in the days, weeks, months following its climactic murder. The facts offered are more than enough to infuriate and to sadden, and then, when there’s no reason for such a thing to occur upon what we’ve just seen, to provide a glimmer of enduring resilience. It’s a complicated cocktail of emotions. But that, I think, signals King having done right by the complications of historical Black American struggle. At the very least, it puts the movies that much more on track to begin correcting its missteps in that regard.

"Judas and the Black Messiah" is rated R for violence and pervasive language. It's available in theaters and to stream on HBO Max Friday.