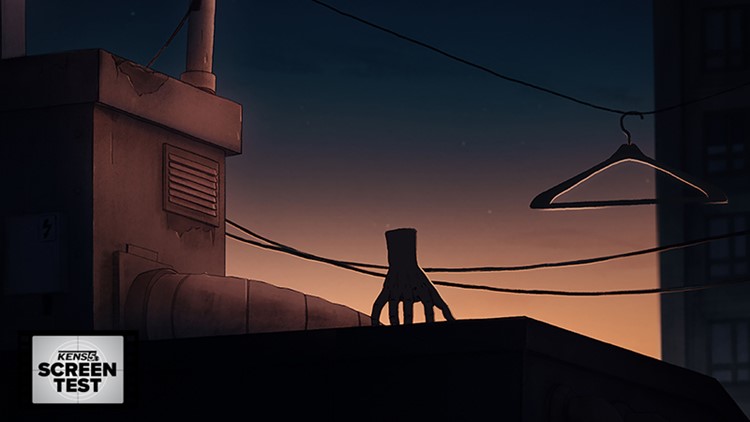 In the new Netflix animated movie “I Lost My Body” (“J’ai perdu mon corps” is the original French title), there’s always a higher place to get to—a higher social position, a higher sense of self-regard, a higher state of connection. It is true of the socially-trapped Naoufel coping with the loss of his parents after a mysterious tragedy, and it is true of his severed hand that we see come to life before beginning a perilous journey through the city, fending off sewer rats and dodging high-speed traffic as if David Cronenberg had directed “Honey, I Shrunk the Kids.”

Director Jérémy Clapin’s strangely mesmeric movie – the best animated offering of 2019 – casts a sentimental eye towards its absurd premise, but “I Lost My Body” isn’t out to exploit its handtagonist. There’s no grisly bone fragments in sight, no streak of blood that trails it. In a month when one of the most highly-anticipated (highly-dreaded?) movies is about anthropomorphic dancing cats, it isn’t the images of a sentient hand that’s strange; it’s Clapin’s blasé attitude toward it, as if it were a child separated from its mother. Surreally, that sentiment may not be too far off.

What happened for Naoufel (voiced by Hakim Faris) to lose his hand? We inevitably learn the grisly details, but they’re not too important. What is vital is the aching sense of longing that’s manifested through the delicately-animated movements of one of the human body’s most delicate parts.

“I Lost My Body” – written by “Amélie” scribe Guillaume Laurant – intercuts the limb’s journey with gorgeously-rendered, black-and-white images of a young Naoufel – still with both loyal hands, still with both loving parents – with prominent emphasis on his fingers creeping up on a fly or leaving imprints in the sand, as if Clapin’s intention was for us to stare at our own 10 digits and apologize for taking them for granted. These early images brim with a nostalgic quality, as if our hands are companions that grow with us.

Eventually the young boy’s circumstances take a tumble, and the movie skips ahead to showing us an older Naoufel whose prevailing trait is apathy—in his job, in life and in failing to notice the sticky note on his new brother’s door before walking in on him having sex. The brother is more of a roommate, really, and the father figure never gives Naoufel the time of day, let alone a look. There’s not much in this world that cares for him, and not much for him to care about, despite the glimpses of infant wonder and curiosity we see in his younger self.

A spark of willpower is finally created when he talks his way into an apprenticeship with an aging carpenter, though he lies about his true intentions—his eyes aren’t on success, they’re on the woodworker’s daughter, Gabrielle. More often than not, he's bumbling through their interactions. “I Lost My Body” never fully allows us to believes its story is romantic in nature. That would be betraying what it’s more interested in—reckoning with fate, and what happens when our intentions clash with our limitations.

Meanwhile, we regularly return back to the severed hand, which uses everything from subways to umbrellas to make its way somewhere with clear intent. It’s one of cinema’s most unnerving and inviting tricks of the year that “I Lost My Body” makes us feel endlessly sympathetic for a hand, but it’s a “character” whose journey imbued me with more melancholy than Woody or a photorealistic Simba. I’ll chalk some of that up to the work of composer Dan Levy – one half of the European indie pop band The Dø – whose synth-heavy work for the film is the stuff that heartbreak is made out of. It’s a new go-to for anyone searching for a soundtrack to accompany lonely city drives, and integral to the film's contours slowly broadening into cosmic proportions.

The pace of the film is punchy, its feel unmistakably urban. There’s a heavy emphasis on location; between cavernous metros, skyscrapers and the boundless imagination that lurks when we look to space, “I Lost My Body” creates a sense of place and contextual geography so coherent that when Naoufel gazes skyward toward the 35th-floor apartment of a customer he’s 40 minutes late delivering a pizza to in one early scene, we know exactly what he’s thinking – what he’s dreaming – and it’s because the mute hand’s journey echoes his isolation. How do we cope when we’re cut off from the things that give us purpose? The metaphor is straight-faced and simple, but it’s hauntingly effective.

The ingenious structure of “I Lost My Body” begins to come into focus not long into its 80-minute runtime. The two narrative threads focused on Naoufel and his hand are both advancing forward in time, but in contrasting directions in relation to the climactic incident. It doesn’t take a genius to foresee what will happen before it does, but Clapin doesn’t allow us to be impervious to the tension—not when he’s settled us into a story where how things turn out have a tendency to be the opposite of what characters envision for themselves. The movie’s mystery is eventually exchanged for intimacy, and time folds back on itself once more in an emotionally thrilling final act, in which Clapin locates grace in the momentary triumphs of life, and resoluteness in its loss.

"I Lost My Body" is not rated, though it utters the occasional F-bomb. It's now streaming on Netflix.

RELATED: 'Waves' Review: A24's new family drama will shatter you, and help put you back together

RELATED: 'Knives Out' Review: Rian Johnson's clever, caustic whodunnit rips into the uber-entitled as it subverts a classic genre