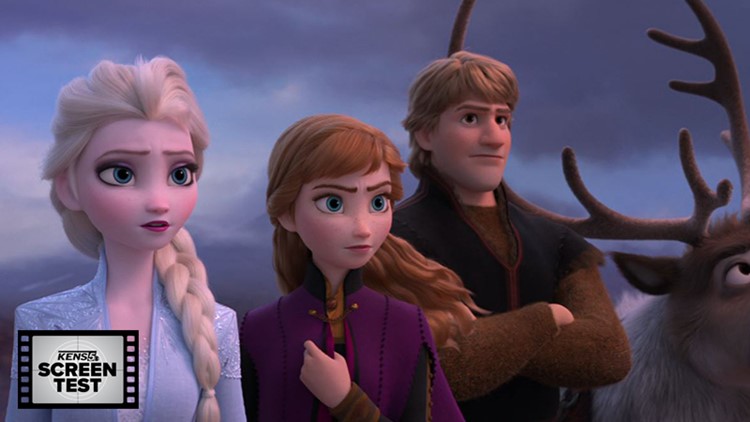 “Do you wanna build a snowman? Should we make it out of caaaash?”

It’s strange to think it’s been six years – or four “Star Wars” movies, seven Pixar flicks and about 675 Marvel entries ago – since “Frozen” stormed into theaters and childhood obsessions with the force of an avalanche (sorry), culminating Disney Animation’s recent efforts to update its party of princesses with a legitimately nuanced story of sisterhood while setting new box office standards.

That it took this long to get a sequel from a company continuously mining its IP for assured financial success would lead most to believe the studio was waiting for the right story to justify bringing Elsa, Anna and Co. back to the big screen. Despite Chris Buck and Jennifer Lee returning to direct – and Lee once again penning the screenplay – “Frozen II” will reliably keep the kids entertained for 100 minutes, but the movie’s immensely scaled-up ambitions melt away under a lackluster narrative. Meanwhile, its unwillingness to recognize, let alone match, the 2013 film’s emotional complexity goes a long way towards making this the most disappointing Disney Animation output in well over a decade.

Younger moviegoers may find themselves lost in the plot minutiae of “Frozen II” long before one of Kristen Anderson-Lopez and Robert Lopez’s ditties has a chance to lodge itself in their brain. The original starts by naturally placing viewers at the center of a suddenly-complicated sisterly relationship with a song as creative as it was integral to the storytelling; “Frozen II” begins by returning to the past once again, but a lengthy exposition dump disguised as a bedtime tale provides the first signals that character development may be sacrificed at the altar of world-building.

We learn about a key part of the family history: Young Elsa and Anna’s grandfather apparently played a role in connecting with the land’s indigenous clans; things went south when violence erupted; magical spirits sealed off that part of the forest; “No one’s gone in since, no one’s come out.” You get the idea; even the kids know the formula. From the get-go, everything feels a bit more contrived, and if you get a familiar hunch that you’re not being told the whole truth, you may be on to “Frozen II” before we’ve even rejoined adult Elsa and Anna.

A strange melody is making its way to Arendelle from afar, and Elsa is somehow the only one who hears it. Much like the first movie, it’s an urge to venture out and find answers that lurches Elsa into action, along with the plot, after a bit of chaos leads to Arendelle's evacuation. Character decisions in “Frozen II” are often rooted on impulse that is frustrating if not downright confusing, and the gang sets off to follow the siren song, searching for it-doesn’t-matter because we’ll-find-out-eventually. The journey results in discoveries of cutesy creatures, questionable legacies and revelations that would feel reality-shattering if they were the least bit earned.

The first movie found a delightful balance of humor, pathos and gorgeous imagery sprinkled with tastes of its addictive soundtrack, but only the first thing on that list is broadly applied to “Frozen II.” Josh Gad’s Olaf steals the spotlight again with quips that feel philosophically perverse and out of place in this universe (“Change mocks us with her beauty”); the juxtaposition between Kristen Bell’s high energy and Idina Menzel’s pensive tone still works wonders; and a hilarious love ballad from Jonathan Groff’s Kristoff (giving off major Big Bryan Adams Energy) is easily the film's musical highlight, even if it takes a half-baked B-plot to get to it.

By comparison, the movie’s other elements feel absent, or otherwise not as deeply considered. Themes of individual agency don’t manifest as natural destinations of the story, but as awkwardly-inserted diatribes. And while “Frozen II’s” brief exploration of the consequences of colonialism are relevant real-life lessons for the kiddos, the ideas don’t land with the impact I imagine Lee intended for them to. There's no shaking the feeling that "Frozen II" is resting on the original's laurels; families are going to scurry to the theaters on release anyway.

It's a rare frustration that a movie suddenly ends before it feels like anything of major consequence happened; the paradox with "Frozen II" is major things do happen, but stilted direction and an over-ripe sheen of self-seriousness renders these developments as seemingly unimportant. The film’s rushed final act is an epic one, but the visual spectacle vastly overshadows the thin underlying motivations that spurn our heroes to spin climaxes into motion. (Perhaps not surprisingly, the movie’s strongest harmonization of visuals, thrills and storytelling comes in a scene that calls back to the marketing's ominous early images of Elsa alone on a beach, using her powers to try and navigate a stormy scene. Metaphors!)

Occasionally, it feels like “Frozen II” is little more than an exercise in connecting its moments of enticing 3-D artistry (which struggles to match up to this year’s startlingly realistic “Toy Story 4”) and whimsy with shallow story. Often, the stakes vanish just as you’re beginning to grasp what they are. The effect is a movie that doesn’t grab your imagination so much as lightly prod it—an unfortunate stumble capping off an otherwise stellar decade by Walt Disney Animation.

"Frozen II" is out everywhere on Nov. 22, and it's rated PG for action/peril and some thematic elements

RELATED: 'The Irishman' Review: Scorsese's crime epic is a sobering account of gangsters and impermanence