The group claims that some governments punish Christians for 'simply living out their faith and holding to the biblical truth about marriage and sexuality.' 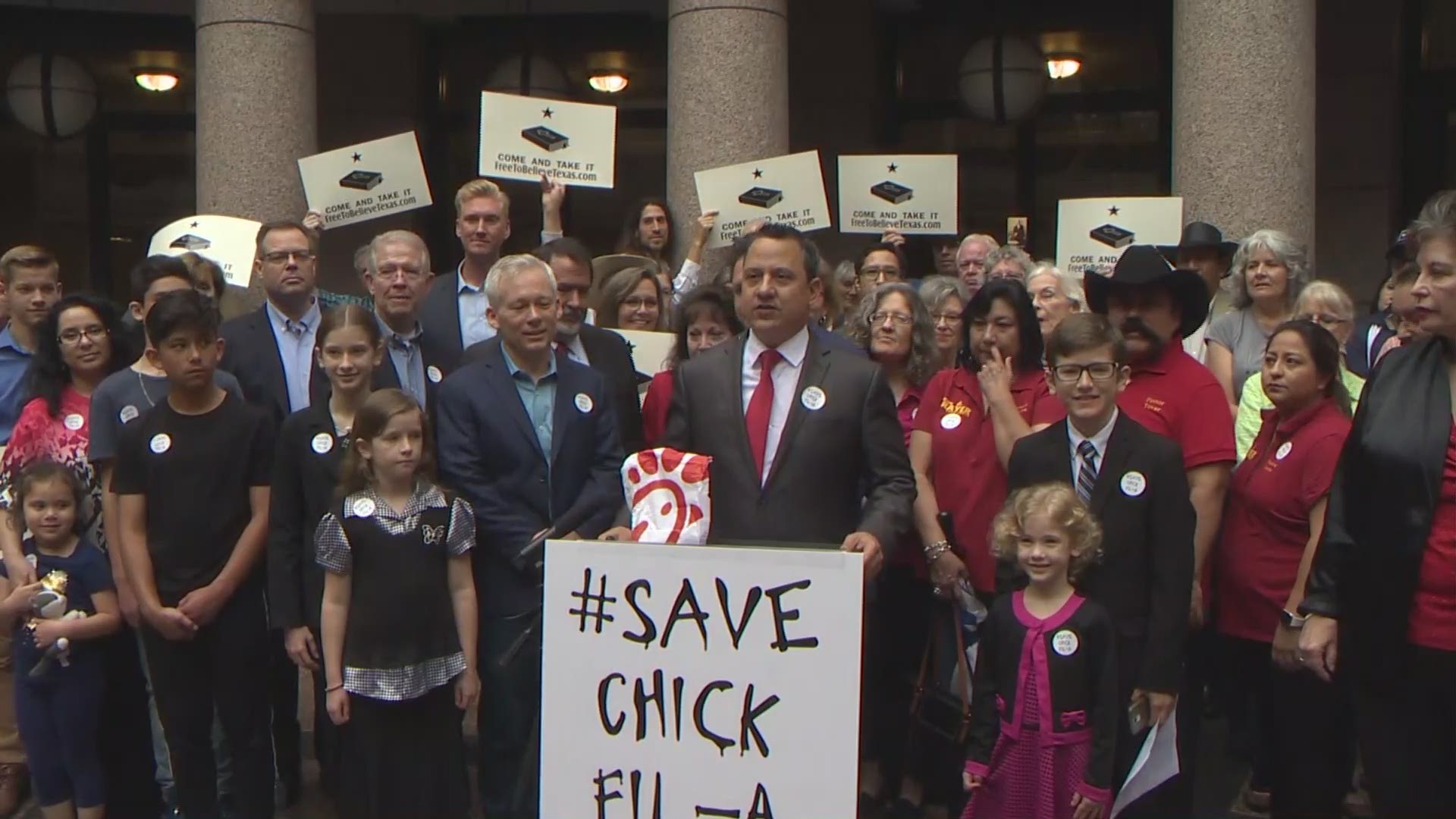 AUSTIN, Texas — A Texas group with a stated mission to preserve religious values made an appearance at the Texas State Capitol during a hearing about religious freedom Wednesday in an effort to "save Chick-Fil-A."

This comes after the San Antonio City Council voted in March to ban a Chick-Fil-A from opening at the San Antonio International Airport because of the food chain's "anti-LGBTQ behavior."

Treviño cited the company's reported opposition to the LGBTQ community.

"With this decision, the City Council reaffirmed the work our city has done to become a champion of equality and inclusion," the release stated. "San Antonio is a city full of compassion, and we do not have room in our public facilities for a business with a legacy of anti-LGBTQ behavior."

The Texas Values advocacy group claims this "attack" on Chick-fil-A is a growing trend of some governments punishing Christians for "simply living out their faith and holding to the biblical truth about marriage and sexuality."

“In Texas, you don’t mess with Chick-fil-A and you don’t mess with religious freedom," said President of Texas Values Jonathan Saenz in a statement. "I thought Texas was ‘open for business.’ I guess that applies everywhere in Texas except for San Antonio, where the government demands that you renounce your religious beliefs.”

The hearing at the Capitol is set to begin at 11 a.m.