Traci Broadbeck is a teacher at Lockhart High School and president of the San Antonio Roses. 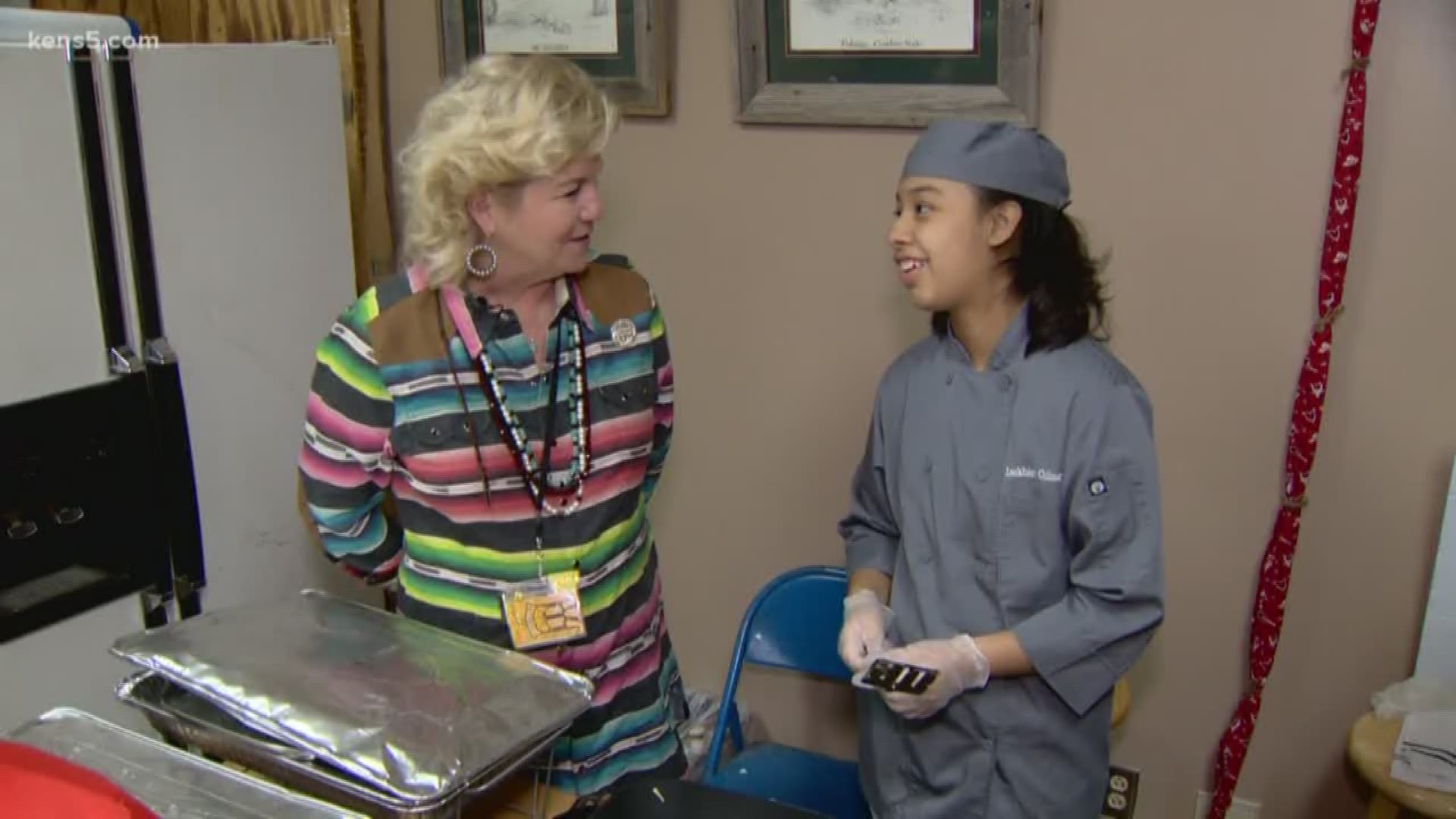 Pancakes on the grill and piping hot coffee. That's the horse barn breakfast at the San Antonio Stock Show and Rodeo this week, served up with plenty of personality.

Traci Brodbeck is the woman in charge of nearly a dozen Lockhart High School students serving the meal.

It’s nearly 11 a.m. and they’ve been on the job for more than three hours on this morning.

Brodbeck teaches culinary classes at Lockhart High and has 100 students volunteering in various capacities at the rodeo each year.

Her students’ pancakes are popular, but Brodbeck’s real passion is the Junior Livestock Auction and the kids who compete in it.

"Agriculture is just a wonderful thing for increasing responsibility and taking pride and having follow-through,” she said. “And those are just characteristics you want our youth of today to have."

She should know. She's the president of the San Antonio Roses, a volunteer team of donors who contribute supplemental prize money awarded each year during the Junior Steer Auction.

“It made me feel like people were really wanting to give me money just for participating in the show, which is pretty awesome,” 13-year-old Kaylie Cerda said.

Cerda is from Marion, Texas, with a broad smile and braces. She came in eighth place last year and received a $1,000 supplemental award from the San Antonio Roses.

"We help the auction when it goes to its lowest and slowest,” Brodbeck explained. “If there's a kid coming across there and nobody's bidding on them, we'll get that bid started and make sure the crowd's in. We have a lot of energy."

And energy matters for all the volunteers. It’s a self-starting army that keeps the stock show rolling every year. Like many others, Traci’s on-site every day, showing selfless service, particularly for kids.

Her group's scholarship money will be awarded to students who don't earn top prizes at the auction so that more of them receive something.

"It's very expensive to raise a steer, No. 1 to purchase it, then to feed it, to haul it,” she noted.

The money usually goes back into the family budget for another Hereford or Charolais steer, or toward college tuition.

"Yes, I think it's great that adults are able to give up their money,” said Kevin Jendrusch, a 16-year-old rancher from Falls City who received money from the Roses last year as well. “It helps the youth continue to do what they like to do."

What Traci wants to do is keep up the character of the stock show and these student ranchers.

“I had a friend who was a DA in Guadalupe County. He said he never had a kid come to court who was involved in FFA,” she recalled. “That says a lot. You just instill such wonderful characteristics when you have to raise your own animal.”

This year, her Roses have raised more than $50,000, all to be given out this Saturday at the Junior Steer Auction. And she can't wait.

“It's an absolute privilege to be able to head up this group of Roses because they're just so supportive and so kind, and they just have this huge heart,” she said.

She has a huge heart, as well. That's why she's another one of the people who make San Antonio great.