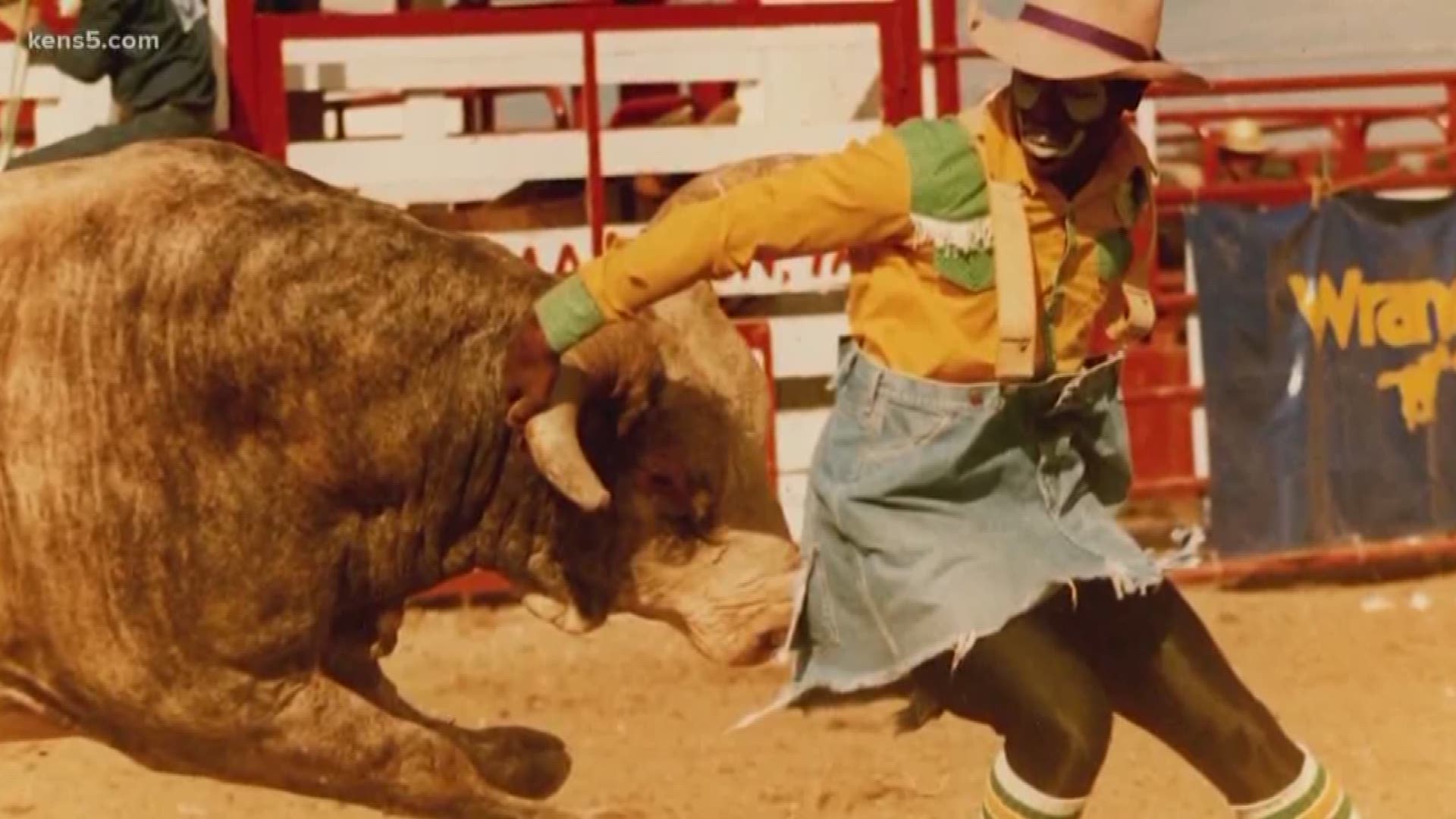 SAN ANTONIO — “It’s all fun and games until someone gets hurt!” You’ve probably heard your parents say that at some point in time, but at the San Antonio Stock Show and Rodeo, horseplay has been Leon Coffee’s job for more than thirty years, and it’s in those death-defying pinches that he comes to life as the most entertaining rodeo clown in town. He allowed us to join him in the locker room to learn how he gets Rodeo Ready.

“[Preparing for the rodeo] for me is more of a mental game of settling me down than anything else,” Coffee said. Even with decades of experience in arenas all over the world, he prepares for each event as if it were his first rodeo. “I don’t have a script,” he said. “There’s never been a script that applies, because generally during the bull riding or any other event I’m in, there’s one person who hasn’t read the script, and that’s the animal.”

He explained that his methods of preparation are different from everyone else’s because he has to stay one step behind the bull, but one step ahead in wit. The unpredictable nature of the sport keeps him on his toes, and even in his sixties, he enjoys the rush.

“I’m addicted to adrenaline, and I’ve yet to find a clinic to clean me up,” he said with his signature laugh. “Tonight, I’ve got to work this act that I haven’t worked in this building ever, so I have butterflies in my gut!”

After three decades of clowning with 1,800-pound beasts, he still battles pre-game nerves, but finds peace through prayer and refocusing on his goal to uplift people’s spirits through comedy and nail-biting entertainment.