Last weekend to catch the Oscar Mayer Wienermobile in SA

The iconic wienermobile is traveling across the U.S. spreading smiles along the way. 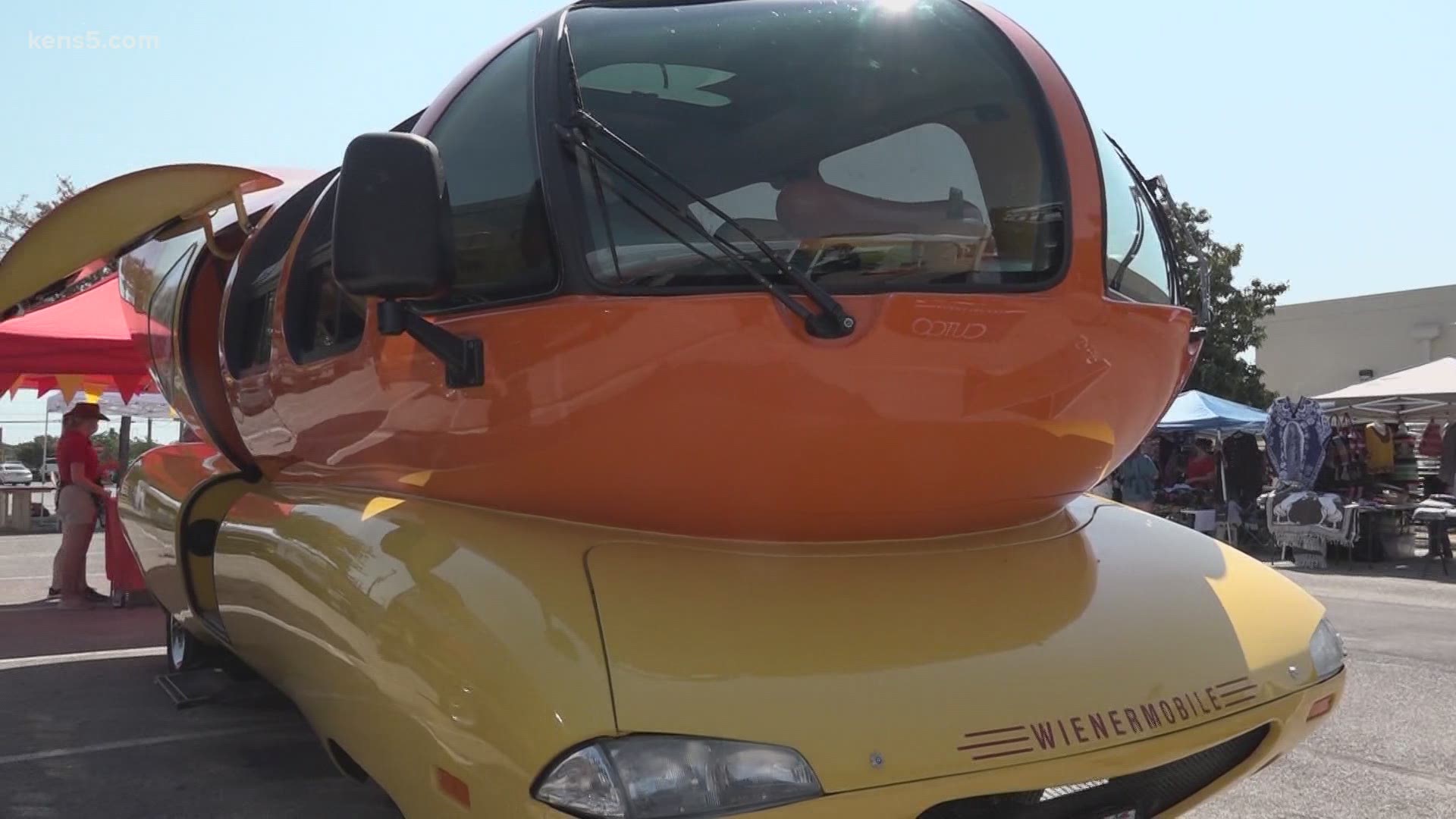 SAN ANTONIO — You may have recognized the Oscar Mayer Wienermobile cruising all over town this week.

The Hotdogger Team, Ketchup Katie and Relish Rachel, aka Katie Ferguson and Rachel Aul, are driving the iconic vehicle across the U.S.

"We are on a coast to coast weenie roast, spreading miles of smiles all across the nation, stopping in different cities and doing different events," said Ferguson.

And, one of those stops just happens to be the Alamo City, where they've been spreading smiles all week.

"We give away our famous weenie whistles, which we have been giving out since 1952 and this October, we have our very special Halo-weenie whistle's, which glow in the dark," said Ferguson.

Aul said the Wienermobile was designed in 1936 in the height of the Great Depression by Oscar Mayer's nephew, Carl.

"To give Americans a smile in a time when they needed it more than ever, which we think really parlays into today when we think that Americans could really use a smile," said Aul.

And they're making their last stop in the San Antonio area on Sunday.

You can catch the Wienermobile, Sunday from 11 a.m. until 4:30 p.m. at Natural Bridge Caverns.