Some lining the River Walk were excited to be back for the Texas Cavaliers River Parade, while others experienced their first Fiesta. 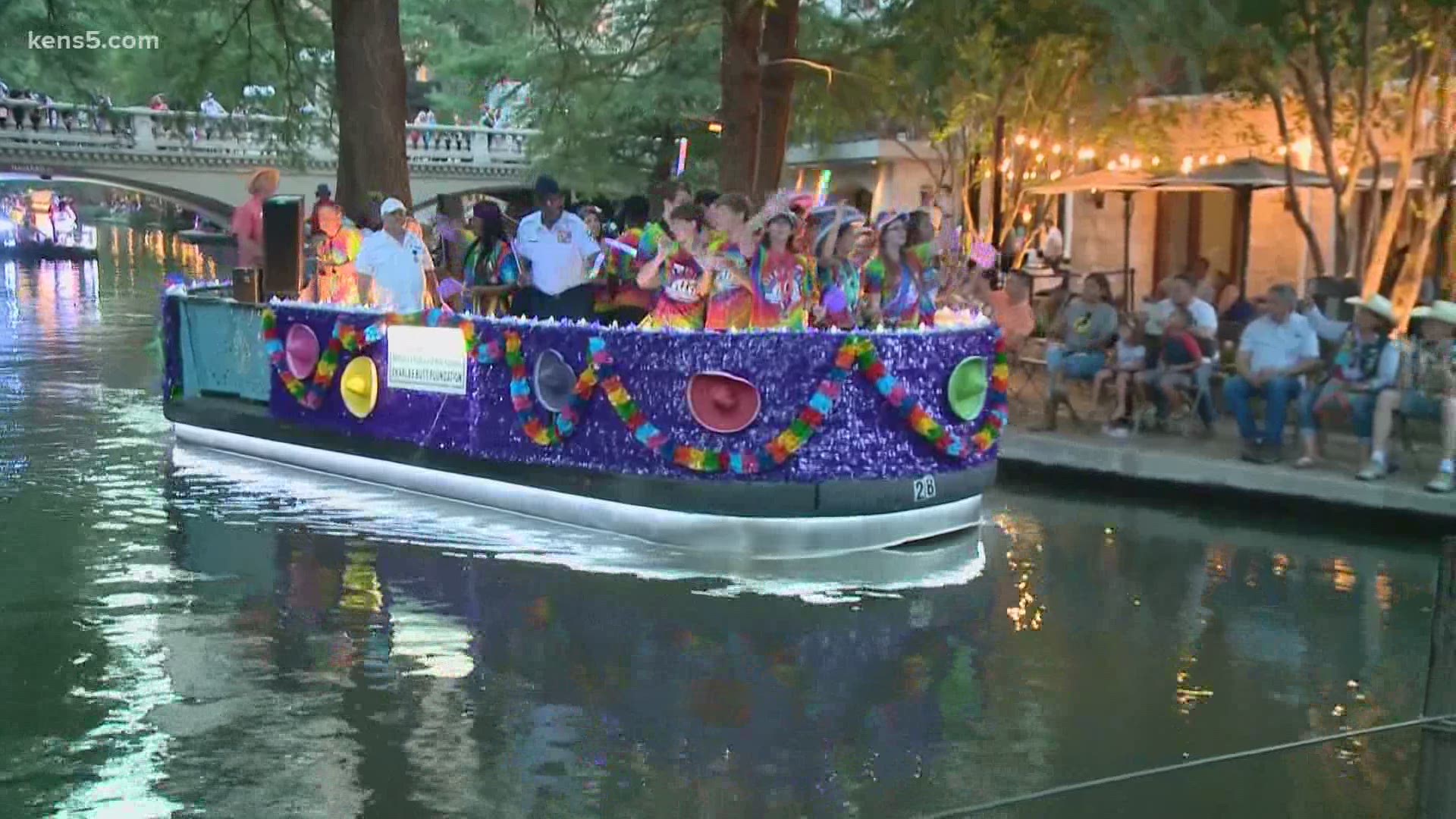 SAN ANTONIO — This year's only major Fiesta parade floated down the San Antonio River. The Texas Cavaliers River Parade took place Monday evening. It was a steamy night for thousands of parade goers.  Nearly 50 boats were decked out in bright and bold Fiesta décor.

Yolanda Bernal and her husband make it a tradition to go every year. They have missed the parade the last two years since it was canceled and pushed back because of the pandemic.

The Tennant family went to the parade for the first time. The family of five just moved to San Antonio.

"It means everything," the father said. "It is super fun out here. This is our first time, and this is incredible. We didn't picture any of this."

"Our organization has 600 members it is a tremendous amount of work for all of them," he said. "We work year around raising money for children's charities in San Antonio."

Just this year alone, the organization gave $3 million to local children's charities, including the Will Smith Zoo School. The grand marshal for this year's parade was Susan Naylor Sellers.