The Origin of the Fiesta Medal

It's hard to imagine Fiesta without Fiesta medals. 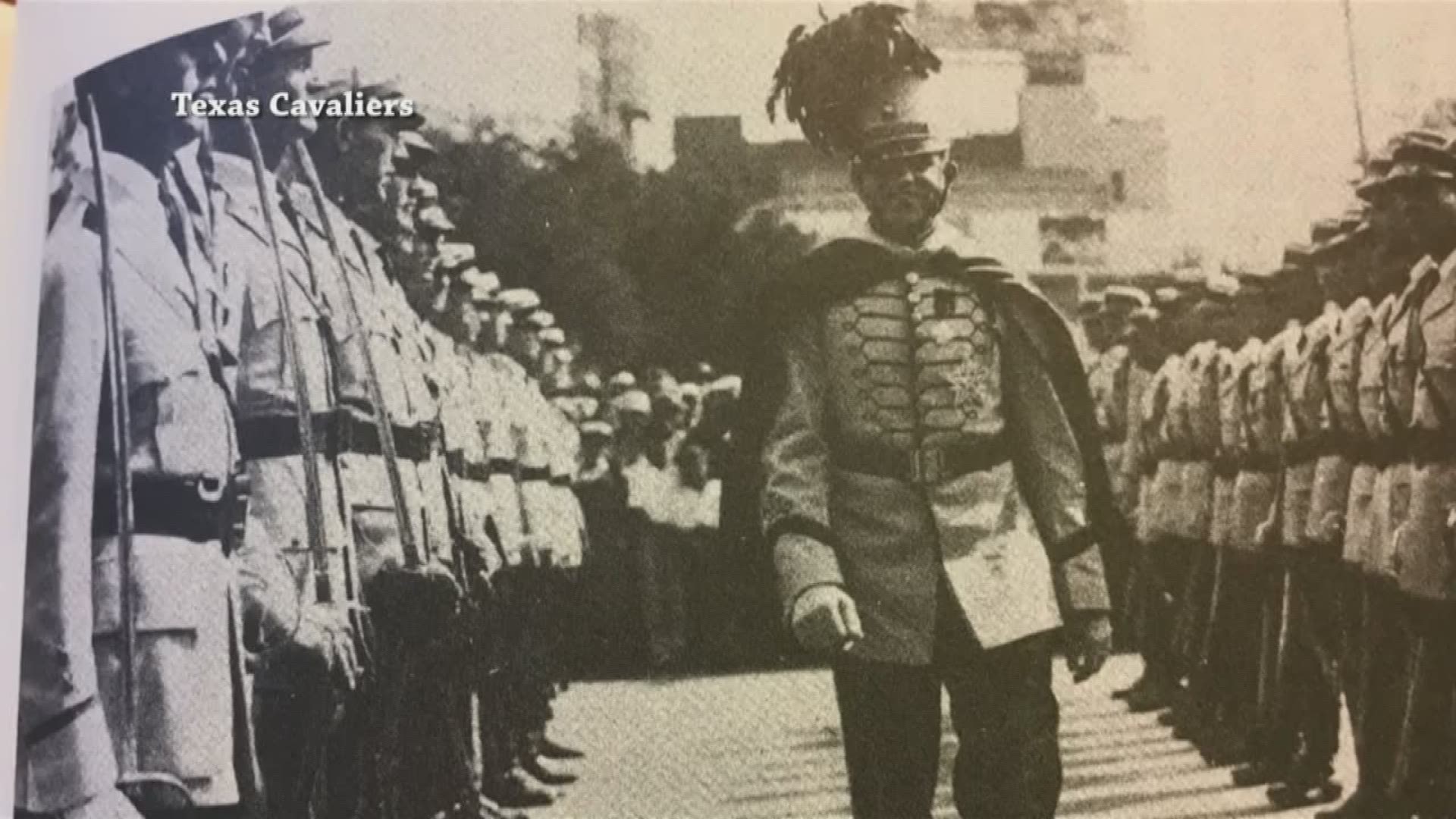 It's hard to imagine Fiesta without Fiesta medals.

These days, anyone and everyone can create their very own medal. Over the years, collectors have traded thousands.

But how did this Fiesta craze begin? Experts say that the famed tokens date back to the 1920's thanks to King Antonio of the Texas Cavaliers.

"There was actually a worn medal around the neck that was passed down by King Antonio," said James Benavides, a communications specialist with the Institute of Texan Cultures, which holds one of the earliest known King Antonio medals, handed down to the new king each year.

"In the 1960's, we found medals of military style that were hung on a uniform, a jacket that were for Fiesta Commissioners, for people who had official capacities with the commission," Benavides noted.

Then, in 1971, King Antonio Charles Orsinger started to popularize the medals. He gave out “Kings Coins,” just like we hand out medals today.

"That year, Orsinger took his medal, punched a number of holes, and started giving them as gifts to his king's guard, to a couple of other Fiesta royalty that he visited with in his rounds," Benavides explained. "After that year, it all just took off."

A Facebook post on the Texas Cavaliers River Parade page shares a little more insight on the history of the Fiesta medal.

They had special coins—the King’s coin— little half-dollar sized. In 1961 Joske’s department store provided the Cavaliers with a little cardboard piece that had a punch-out in the center where you could insert the coin. It apparently had a hole at the top where ribbons could be inserted so you could then hang this around your neck.

In 1971, businessman Charles Orsinger, King Antonio XLIX, put 200 royal coins on pinned ribbons and distributed them wherever he went.

After 1971 a few other Fiesta organizations started producing Fiesta medals, but it was not big business like today.

It is said that a non-San Antonian actually started with giving ready-made medals.

It was Lt. Col. Leon Childers, was stationed at Ft. Sam Houston, an avid Volksmarcher during his tour in Germany, he saw first-hand how medals were used to generate fun and enthusiasm among recipients. (Volksmarching is non-competitive distance-walking.)

After 1971, a few other Fiesta organizations started producing Fiesta medals, but it was not big business like today. Now most elected officials, businesses, and organizations consider Fiesta medals a part of doing business and a way to fundraise. The largest growing group of medal traders are individuals that have created their own Fiesta medals!

In the early 90’s the mass production of the Fiesta medal began, and the rest is history.

"It really turns into a major Fiesta marketing, organization marketing. What events have you been to? Who have you met? What Fiesta royalty have you rubbed shoulders with?" Benavides said. "Over time, you go from the simple [medal] like King Antonio and Rey Feo use into more elaborately designed and painted medals. Then you start getting into the more modern ones now. You have LED lights. You have multiple hanging items and charms on the bottom of a medal or off the ribbon."

If you'd like to add your medal to the collection featured inside the Institute of Texan Cultures, Benavides says to drop it off at any time.

Be sure to tune in to KENS 5 on Thursday to learn about the most popular Fiesta medal, and the first scratch n' sniff medal in history.