Spots along Broadway just north of downtown spent the morning raking and leaf-blowing trash from their properties. 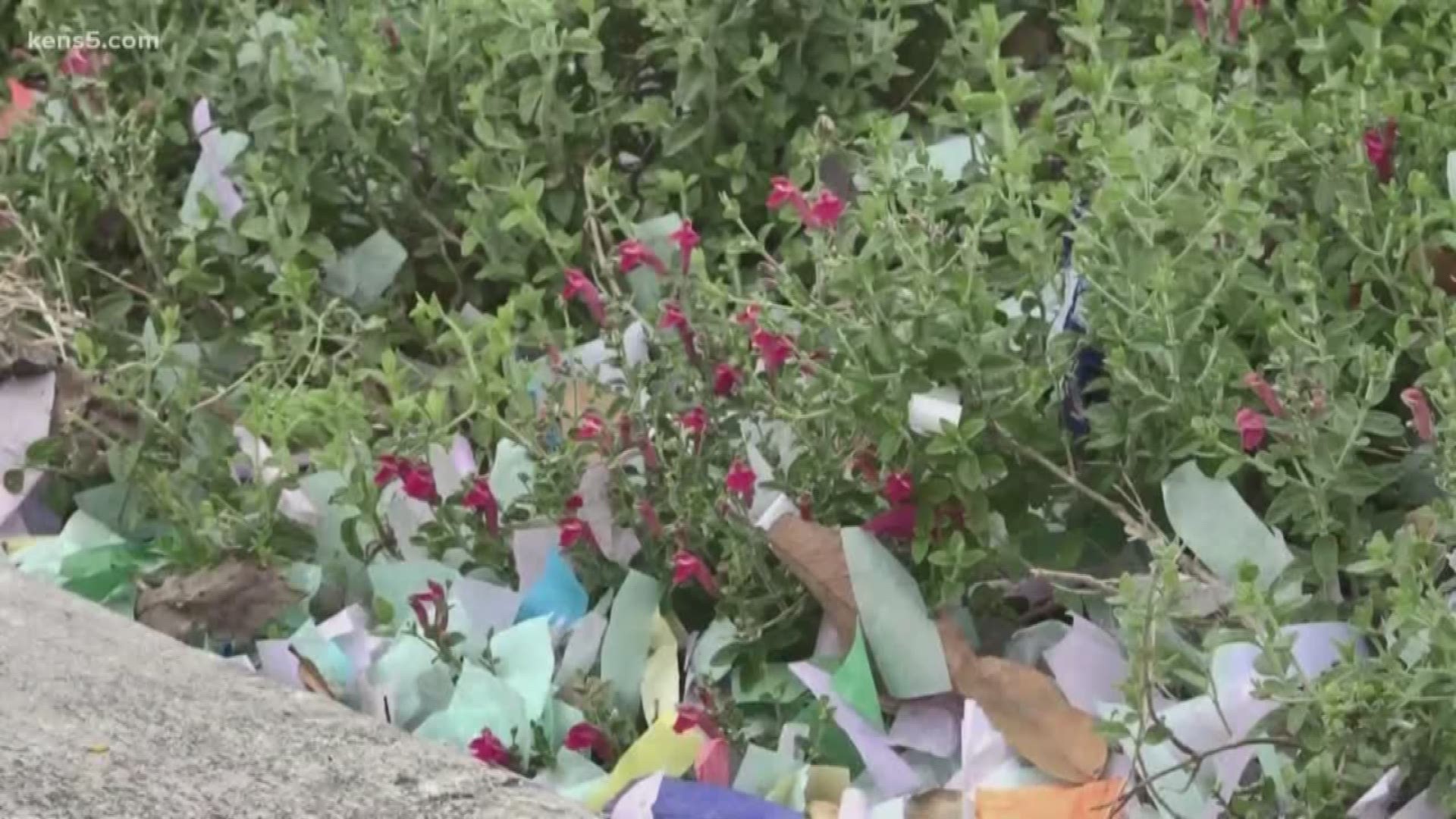 SAN ANTONIO — Drive by Mary Ann Hill's restaurant, The Pig Stand, and there's no missing the debris littering her property.

Confetti, bottles, boxes, and cans fill every designated outdoor space for trash, and some excess covers the side of her building.

"I have to hire someone - I hire two people and all they do is try to keep trash down on this parking lot," she said. "They probably picked up 25 trash bags before Fiesta was over."

The Pig Stand is just one business off Broadway with a big mess on their hands. Three weeks of Fiesta in San Antonio has left its mark on the city, as local spots just north of downtown spent the morning raking and leaf-blowing trash from their properties.

Several departments from the city are still working to tidy up the streets.

"This year we picked up 39 tons of trash after the day and night parade," said Paul Berry of San Antonio Transportation and Capital Improvements.

Part of the pickup includes city employees blowing leftover confetti from the streets. However, this creates problems for local spots, like First Baptist Church of San Antonio.

"They blow it down the street, and they kind of blow it off the street and into our area," said Director of Facilities Dave Rohmfeld.

It's those tiny pieces of paper, coupled with leftover bottles and turkey legs on their property, that has First Baptist and The Pig Stand bringing in extra help to tidy up.

While it's a pain to rake up other people's garbage, it doesn't seem that there's much else they can do.

"Every time trash comes onto private property, it's that owner's responsibility to clean it up," said Berry.