That's just one of the things Fiestagoers can expect this year. 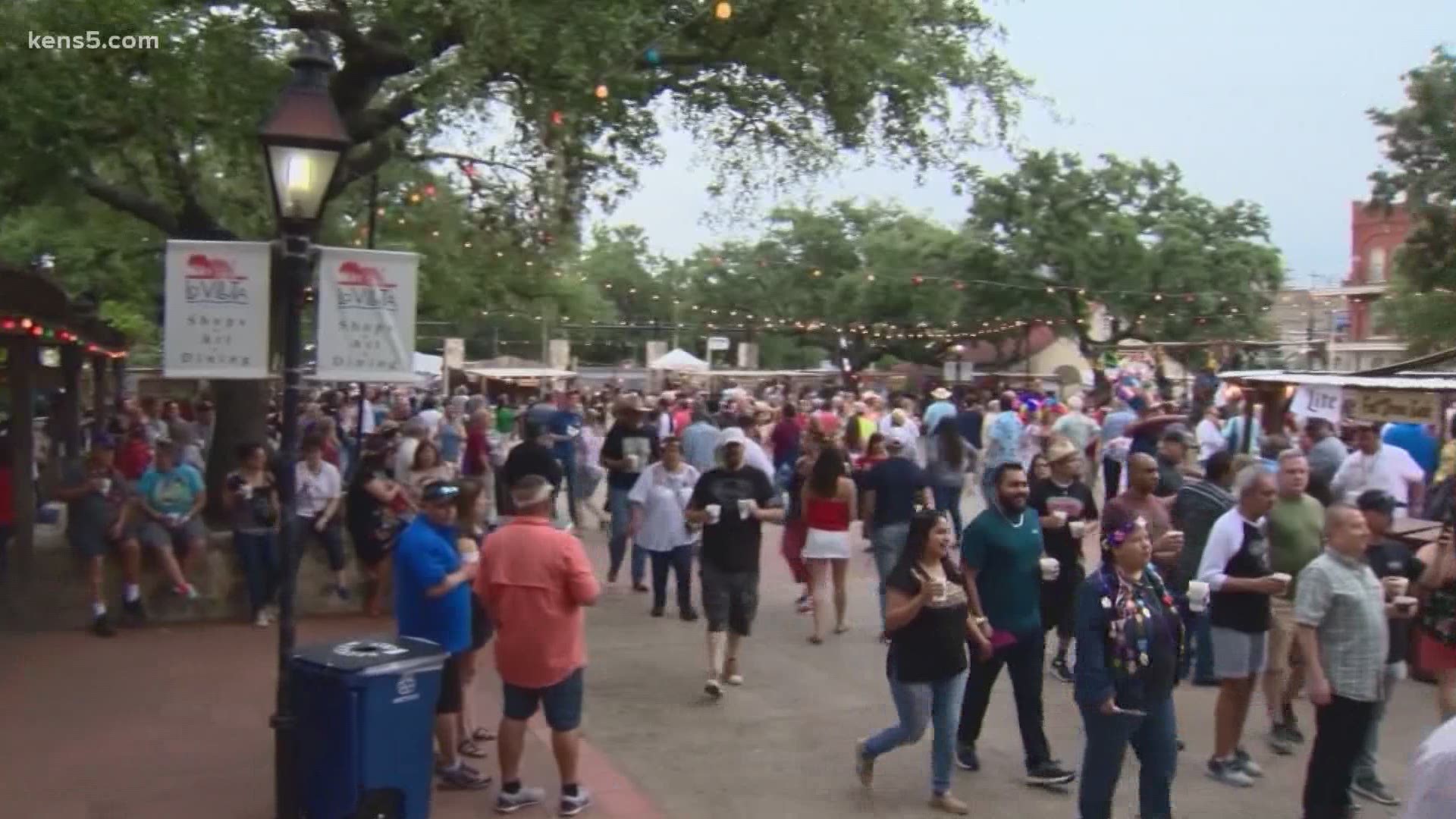 SAN ANTONIO — Fiesta 2021 is around the corner, and organizers of one of attendees' favorite events, Night In Old San Antonio, says they’re preparing to party—safely.

“We’re excited, we are ready and so excited to have it happen,” NIOSA Chairwomen Terry Schoenert said.

Schoenert said that , due to the coronavirus pandemic, they’ve have to make changes to the way things are done this year.

“We decided that we needed more space, so we eliminated some booths to create more walking space. We freed space behind booths so workers aren’t crammed, and we’ve (got) sanitation,” Schoenert said.

After the most recent guidance by the Centers for Disease Control and Prevention, NIOSA announced masks will not be mandatory for people who are vaccinated.

“If you aren’t fully vaccinated, we hope and pray that you will wear your mask,” Schoenert said.

In four nights, Terry says they usually see around 80,000 people show up, but this year they’ll be limiting capacity each night to about 65%. So Schoenert says people wanting to attend should get their tickets soon.

“I think we are so ready, and people are ready now,” she said.

Schoenert added they will no longer be taking coupons either. Instead, this will be the first year they’ll use new Blast Pass wristbands to make purchases.

“You load it with the amount of money you want to spend, and when you purchase it’ll be scanned at the booth you go to,” Schoenert said.

All of this is being done with the aim of keeping San Antonians as safe as possible while they celebrate an event that’s been two years in the making.