What to expect from Fiesta this year 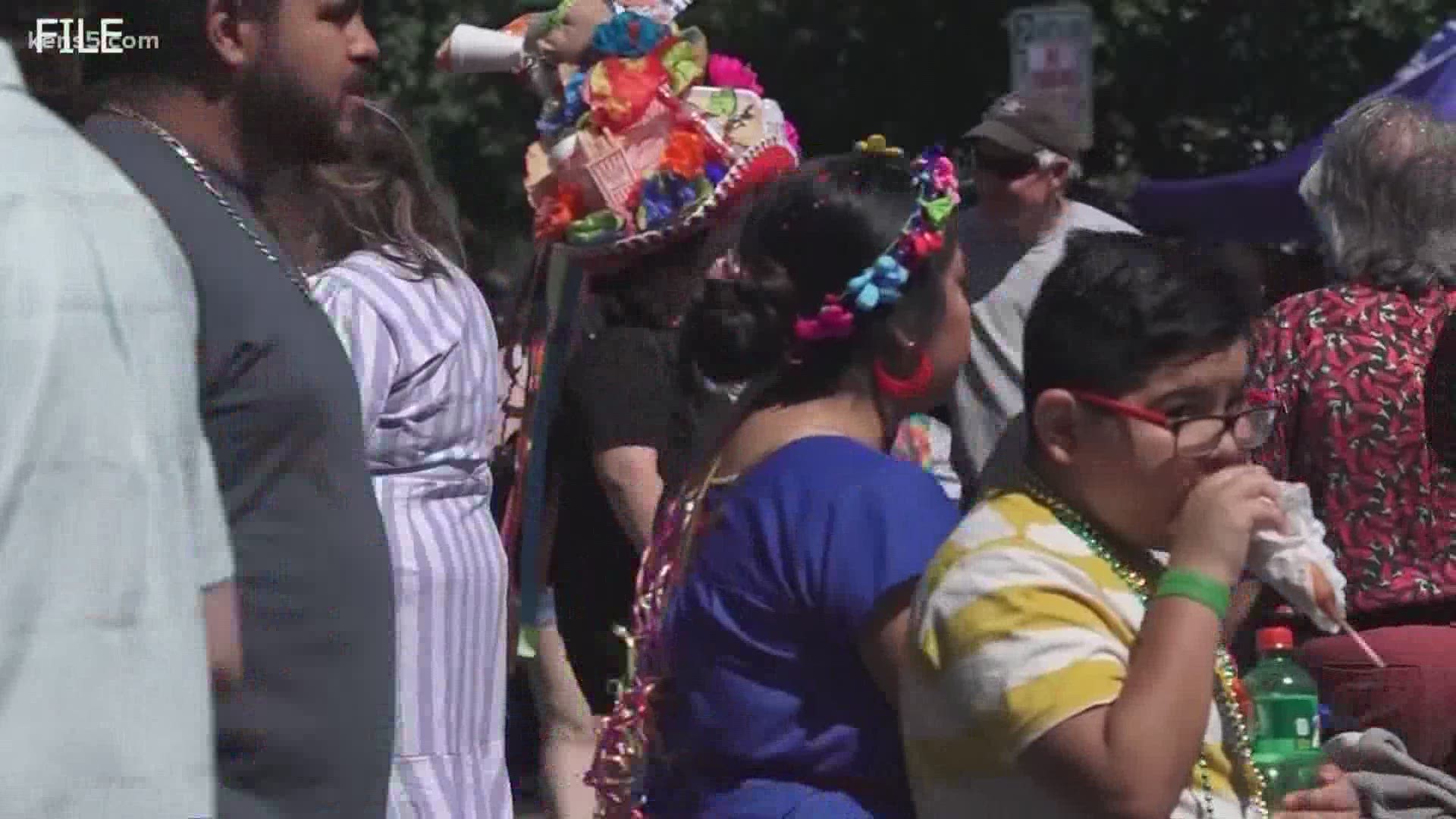 SAN ANTONIO — Organizers of the Battle of Flowers and Fiesta Flambeau parades on Friday announced a collaboration to put on a Fiesta Porch Parade, giving San Antonio a glimpse of what Fiesta will look like this year when it officially arrives in June.

“Usually in April, it’s the April showers we worry about,” said Fiesta Commission President Baltazar Serna. “This time it’s going to be the heat.”

One way or another, Fiesta is going to look different this year. Rather than watch the floats go by during the usual parades, people will be able to drive past them, or even make them, as part of the new, socially distant Fiesta Porch Parade.

A number of Fiesta events like the Taste Of New Orleans and The Oyster Bake are cancelled for the year, but other major events like Fiesta Fiesta, A Night In Old San Antonio and the Cavaliers River Parade are still on at this point.

“The main activities are still going to be there,” Serna said. “There’ll be plenty to do.”

Serna said about 50% of member organizations are still planning on participating this year, which accounts for most of the major events Fiesta is known for. He also says the 2021 timeline offers some truly unique possibilities.

“Juneteenth falls during Fiesta this week. So we’re allowing some of their festivals to be part of Fiesta this year,” he said. “That is a celebration that wouldn’t occur during Fiesta, but for the fact that we moved it to June.”

Much of this is dependent on San Antonio hitting certain benchmarks for COVID-19 vaccination and infection rates. Serna, however, is feeling confident about where the city is heading.

Updates to Fiesta's official events will be posted to their website.