Army Day at the Alamo brings together Fiesta and the military 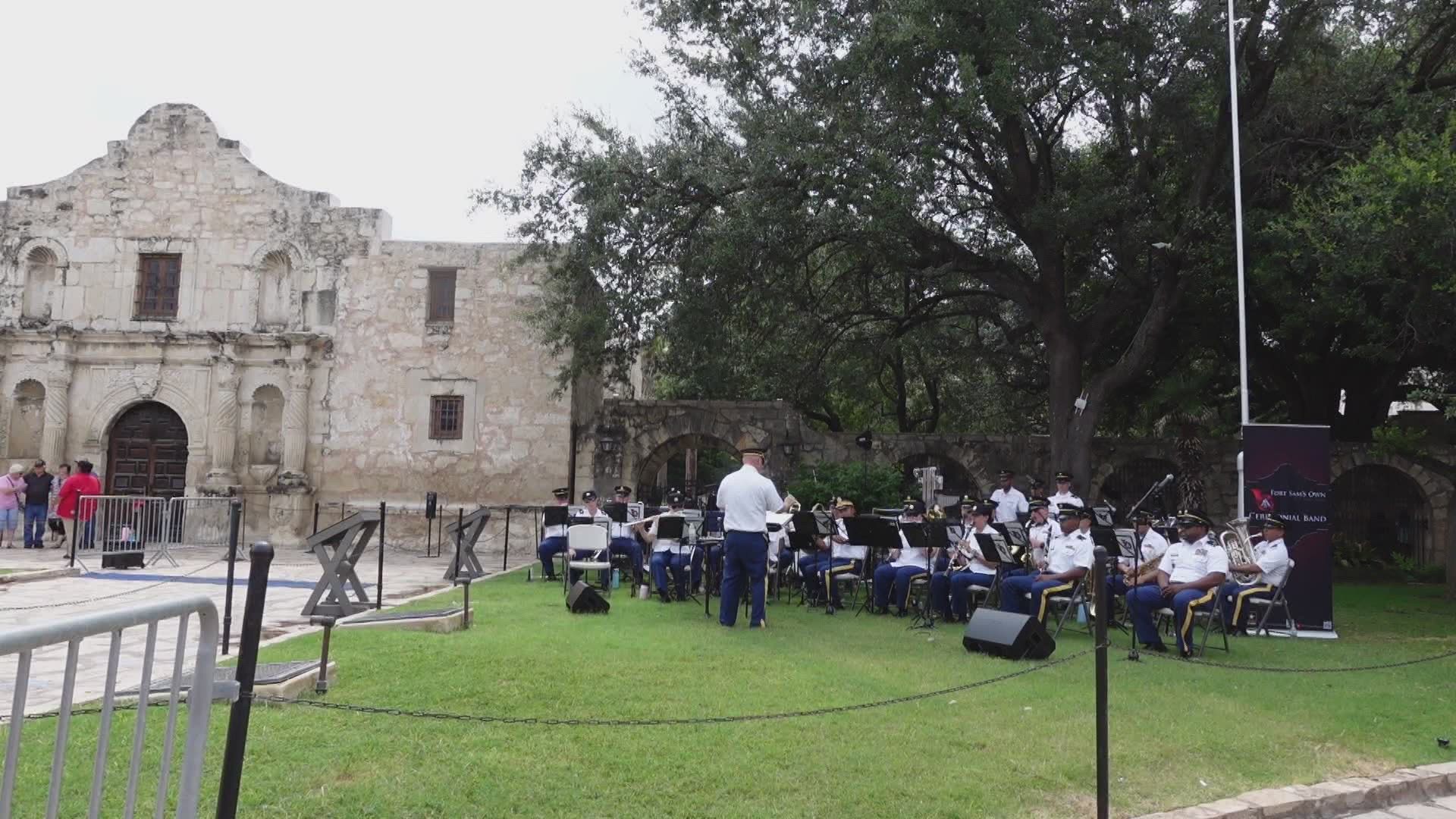 SAN ANTONIO — San Antonio is Military City USA and an event Tuesday is bringing together the military with another iconic SA feature, Fiesta!

Guests at the event were able to talk to soldiers, see demonstrations and performances showcasing military service and the Army's history. Some of the performances included ‘Fort Sam’s Own’ 323d Army Band; the U.S. Army Old Guard Fife and Drum Corps; the U.S. Army Drill team; and a presentation of the nation’s colors by U.S. Army North Caisson Platoon, mounted atop their horses.

"Every year we do this to honor our service members, we have the Army Band, a little celebration," Army Staff Sergeant Sandy Barrientos said. "I feel very honored to be a part of this event just because we see our veterans coming out, our older generation, and this new generation of us coming through."

The Army was the spotlight of Tuesday's event and Wednesday featured the Marines at the Alamo.

"Definitely encourage everyone to come out and see us and support us and just have a good time. Bring your family and just enjoy the show...it's great," Staff Sergeant Barrientos said.

Army Day at the Alamo, an official Fiesta 2021 event

Fiesta runs from June 18-June 28. Click here for a list of "Fiesta Best Bets" broken down by each day.