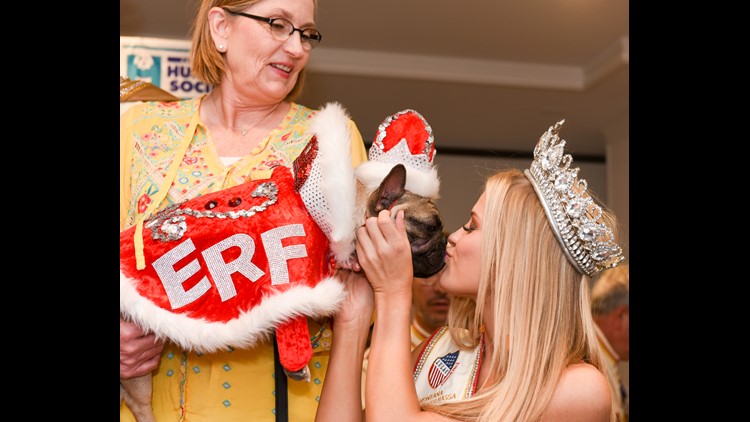 All must bow wow down to 'El Rey Fido'

SAN ANTONIO — The first official weekend of Fiesta is getting everyone involved, including man's best friend!

The El Rey Fido Coronation was held at the Sheraton Gunter Hotel at 10 a.m.

This dog-friendly event became an official Fiesta celebration in 2014, but began in 2002 as a way to raise funds for the dogs and cats of the San Antonio Humane Society.

Attendees and their pooches enjoyed the presentation of El Rey Fido, the doggie king/queen, along with the canine Royal Court.

In true Fiesta fashion, there were folklórico dances and vivid royal (canine) attire.

Admission to this event was free.