The proceeds from the pumpkin sales goes back to fighting hunger in Val Verde County. 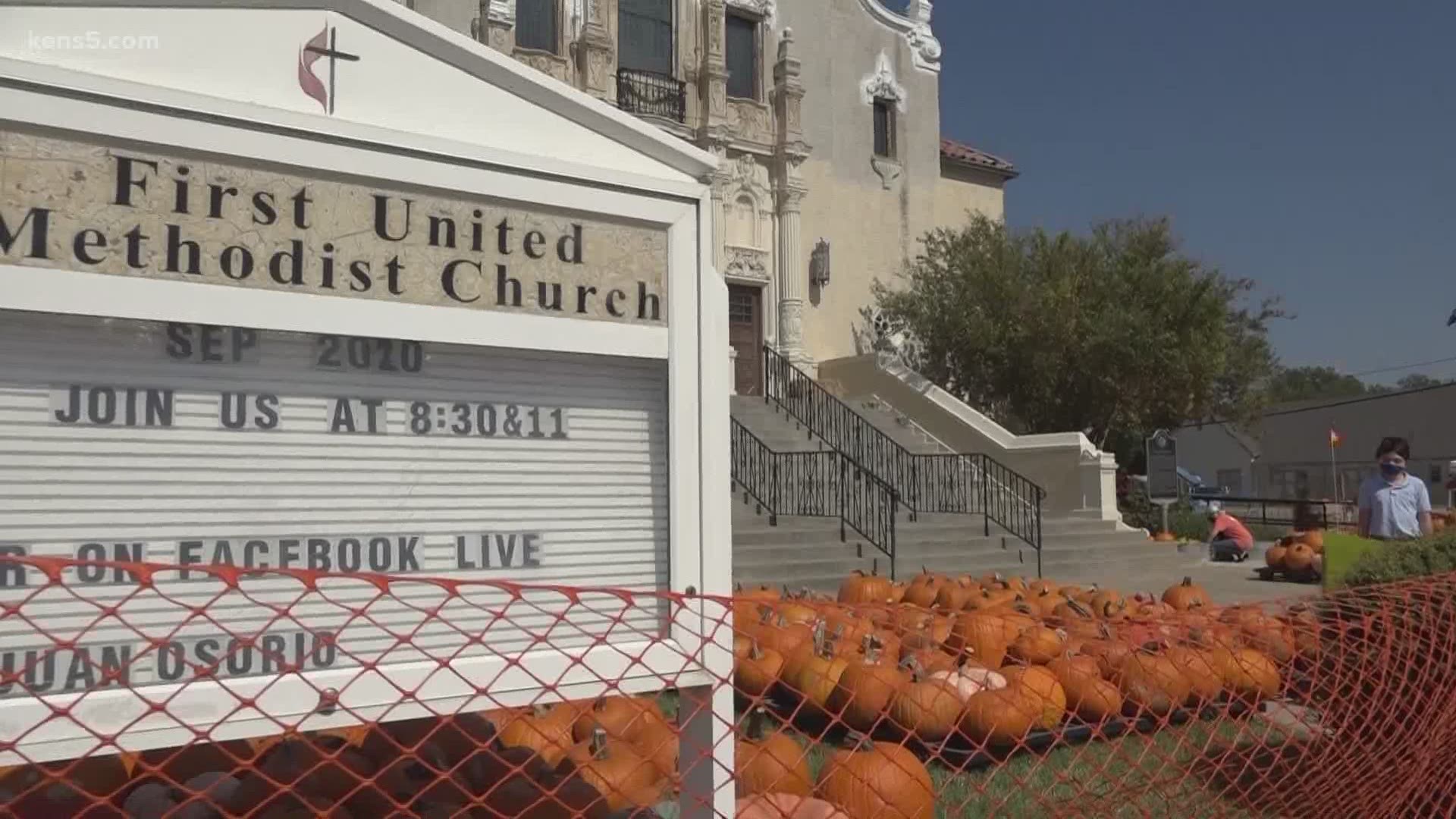 DEL RIO, Texas—Although it may still feel like summer outside, what’s a better way to get in the Fall spirit than visiting a pumpkin patch?

The Del Rio First United Methodist Church is kicking off their annual pumpkin patch this weekend, and it’s for a good cause.

Pastor Juan Osorio said volunteers unloaded nearly 2,000 pumpkins, in a variety of sizes, this week at the church in Del Rio.

Osorio said the pumpkins are grown on the Navajo Indian Reservation in Farmington, New Mexico.

“They grow about two square miles of pumpkins,” said Osorio.  “All the proceeds of the sales, part of that goes back to the Navajo Nation, and part of that stays here in Del Rio.”

“We feed the hungry with the proceeds of this pumpkin patch, so it’s a win-win situation, everyone wins: the Navajo Nation...they grow the pumpkins, and they receive profits and we are able to share the blessings with many people,” said Osorio.

Osorio said due to inclement weather last year, they weren’t able to get any pumpkins to sell, but this year, he said he’s excited to provide the community with a little bit of normalcy during the pandemic.

“It is something that gives them the sense of 'we're going back to normal little by little,'” said Osorio.

There are over a dozen different varieties of pumpkins for sale.  Cost varies by size.

The church also welcomes families to take photos at the pumpkin patch.

Osorio said they will be limiting the number of people in the pumpkin patch area and will be asking visitors to social distance and wear masks.

The pumpkin patch is open until the end of October.  For times and location, follow this link to the Del Rio United Methodist Church Facebook page.