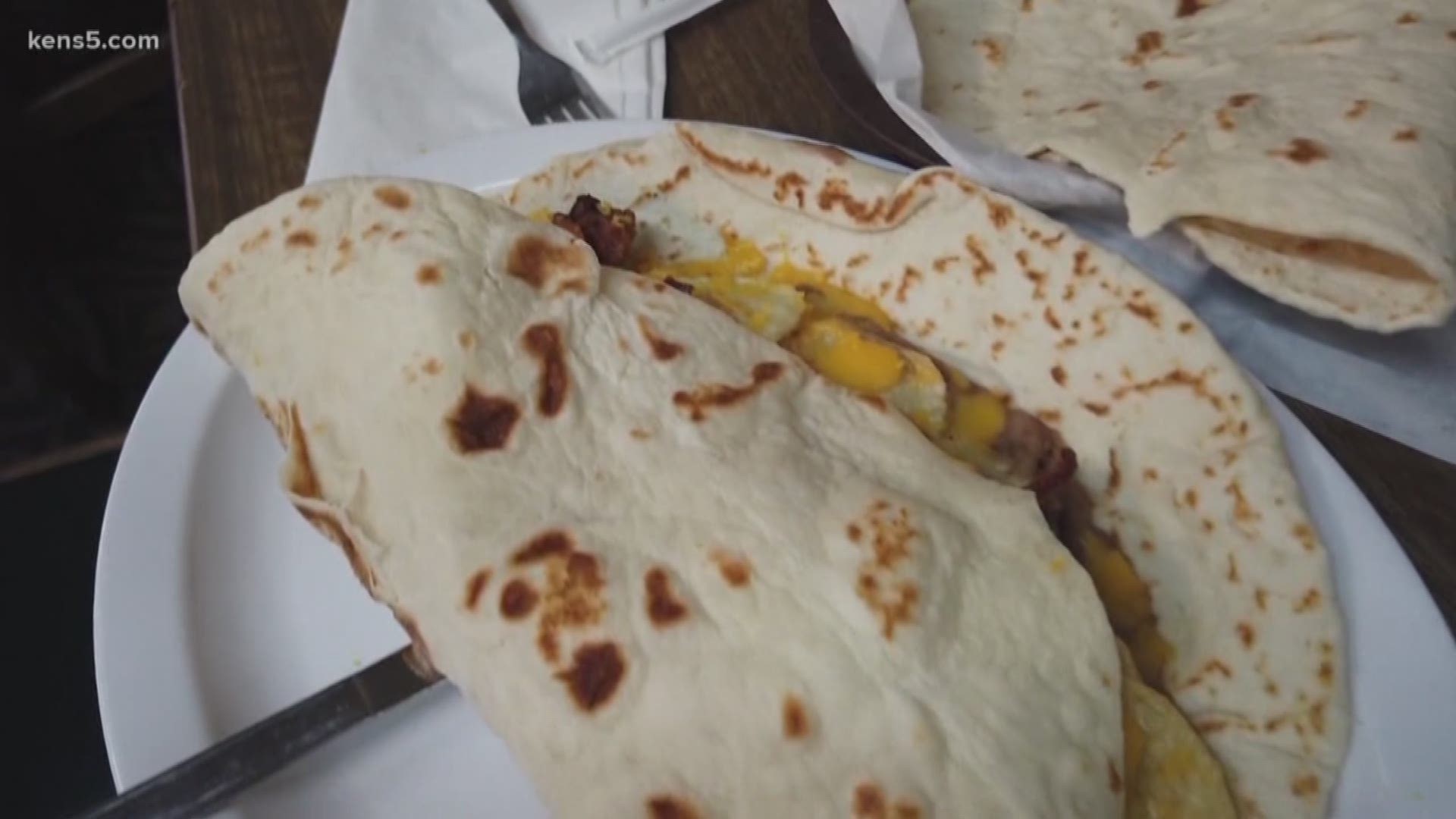 “My mom created the big tortilla,” Mari Cela said. “And my dad said hmmm why don’t we make a restaurant with big tacos and name it Rolando’s Super Tacos.

Cela is their daughter. She’s taken over the restaurant’s operation from her 84-year-old father and 82-year-old mother.

According to Cela, her mother created all the secret recipes for Rolando’s.

“The must haves are the super tacos,” Cela said. “The Carne Guisada is the queen of our menu and of our restaurant.”

Customers can order a regular size taco or get the 12-inch-long super taco.

Their big menu has everything from enchiladas to gorditas.

Neighborhood Eats was treated to a Super taco taste test starting with the enchiladas plate. The extra-long tortilla is deep fried then stuffed with beef, chicken or cheese. It’s also topped with carne guisada gravy and cheese. Of course, rice and beans come on the side. Delicious!

The puffy taco plate is major! It’s a huge deep-fried taco all puffed up with meat and the trimming. Cela said the plate comes with a tortilla on the side.

“A lot of people---what they do---they open their tortilla and put their shell inside with rice and beans,” she said.

The Nando Taco is a foot long with beans, carne guisada, bacon and cheese. This was tasty too!

Cela has a taco that is her namesake. It’s called the Mari taco: Beans, thin sliced fried potatoes, bacon and cheese. Fantastic!

Overall: Rolando’s Super Taco feels like a working man’s restaurant. That is how the place got started. The Rodarte family understood customers need food to fuel them to provide for their loved ones. They took Mexican classics and expanded the servings. This is not a posh restaurant but it’s the place you go when you want to get full. Come hungry. There’s plenty to eat.

Send Marvin your review of Rolando’s Super Tacos. If you have a restaurant suggestion send him an email (Mhurst@kens5.coom), tweet (@Mhurstkens5) or post it on his Facebook page. #KENS5EATS 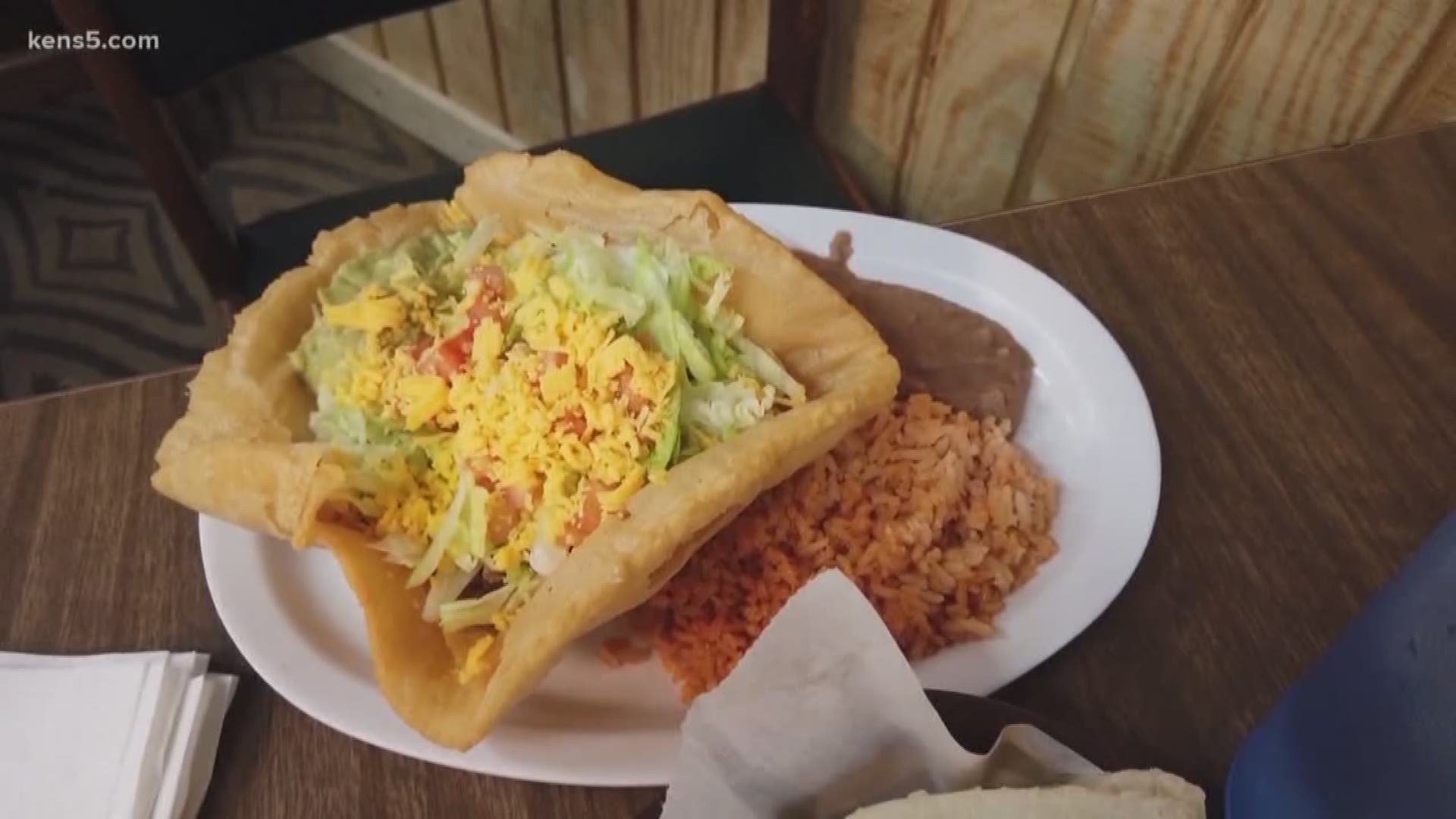