Europa is a bar and restaurant with a casually modern industrial elegance. The menu pulls food from, at least, nine European countries. 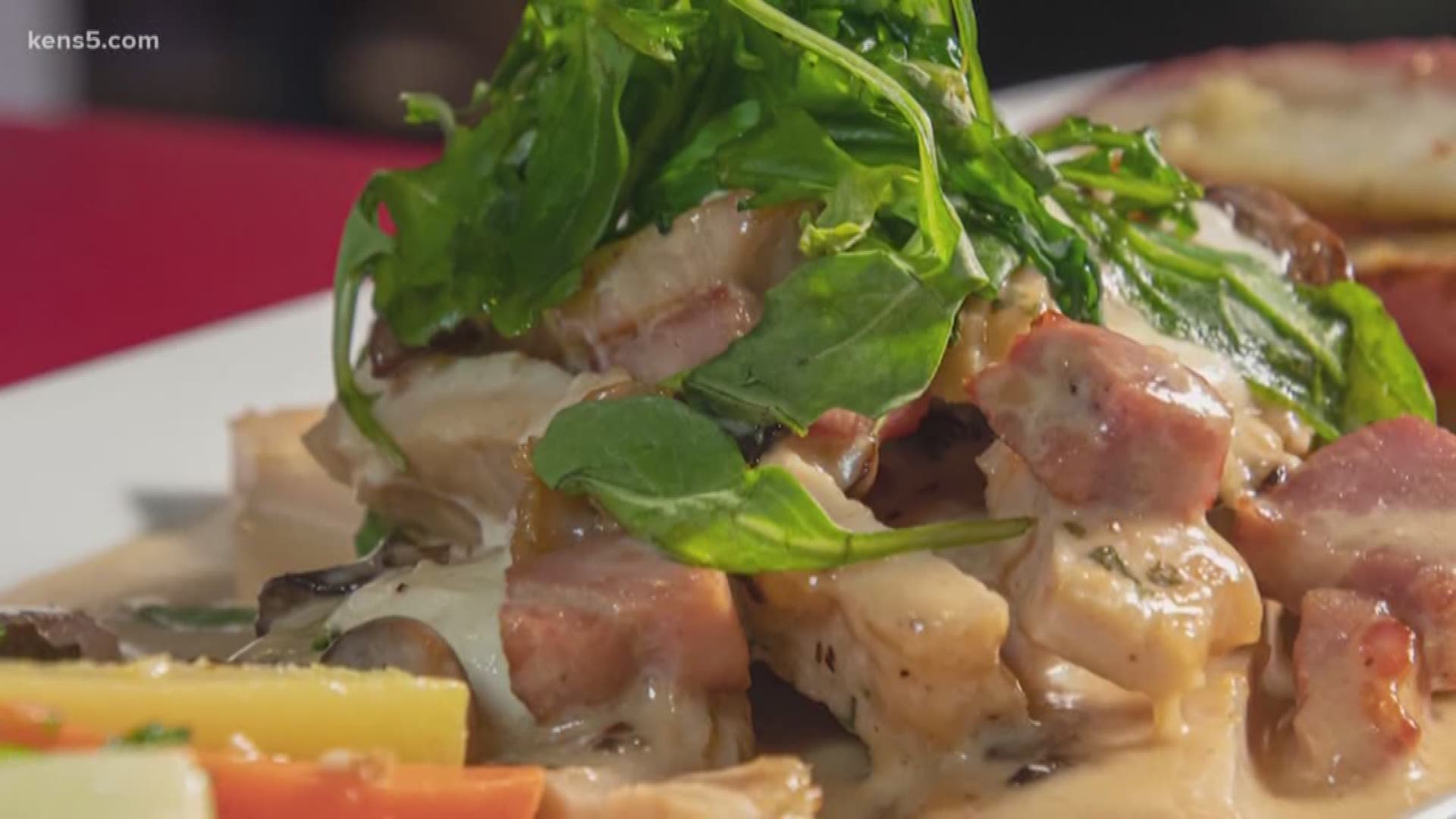 "We were looking for a concept that's a little bit unique," Bogdanov said. "Something that is not common here in San Antonio."

Different is what they created at 8811 Fredericksburg Rd. The restaurant/bar is called Europa. It's been open for two months.

"We represent pretty much Western and Eastern Europe," Salpchev said.

The casually modern industrial space has 3-d textures on the wall and around the bar. Salpchev said the restaurant is the most dominant part of their business. But when the restaurant portion closes down the kitchen the bar factor amplifies.

Europa is dream of former professional soccer player Bogdanov and food industry veteran Salpchev. Both are Bulgarian. Bogdanov said the Alamo city's European community is growing. And, they want a place that tastes like home.

"We have a lot of people with European descent---and more and more coming," he said.

"We wanted to give a variety for the people to try in one place," Salpchev said.

Among the crowd-pleasers, according to the owners, are the German Schnitzel and Norwegian Cod.

Neighborhood Eats was provided six options for a taste test.

The Munich Salad was, perhaps, the least favorite in this sampler with ribbon cut Romaine lettuce, red radishes, red wine vinegar and salt and pepper.

On the tastier side Neighborhood Eats found the Spanish Mussels in a white wine tomato sauce, garlic and pepper flakes. IF you like to sop a bit during your meal try the freshly made garlic Parmesan rolls with the 'pot liquor' from the mussels.

The chicken Chasseur is great option from France. Strips of chicken breast come with creamy mushroom sauce, pancetta, Parmesan and arugula. The dish comes with sauteed veggies and potatoes.

Try the Bulgarian Kebache please. It was, by far, the star of the entrees. It comes with the sauteed veggies. Right by the two pork and sirloin sausage links is a splash of sauce made from roasted peppers and tomatoes. Fantastic!

The Affogato, served in a martini glass, with gelato, espresso, cream and Nutella is sinfully delicious.

The real chew: This restaurant and bar has the kind of atmosphere a professional could get used to. The owners have done a fabulous job reinventing the space. It reeks casual lunch spot, happy hour with friends and relaxed dinner and drinks. The food offerings are pleasing. With options from a host of countries you're bound to find something that fits your fancy.

Give Marvin your review of Europa. If you have a restaurant or food truck suggestion send him an email (mhurst@kens5.com), tweet (@Mhurstkens5), IG: @Mhguy or post it on his Facebook page. #KENS5EATS