Neighborhood Eats: Not your mama's tacos at Catch the wave

Warning: Leo Davila is not serving your mama’s tacos. His take on tacos is next level and Neighborhood Eats is thankful that the case. 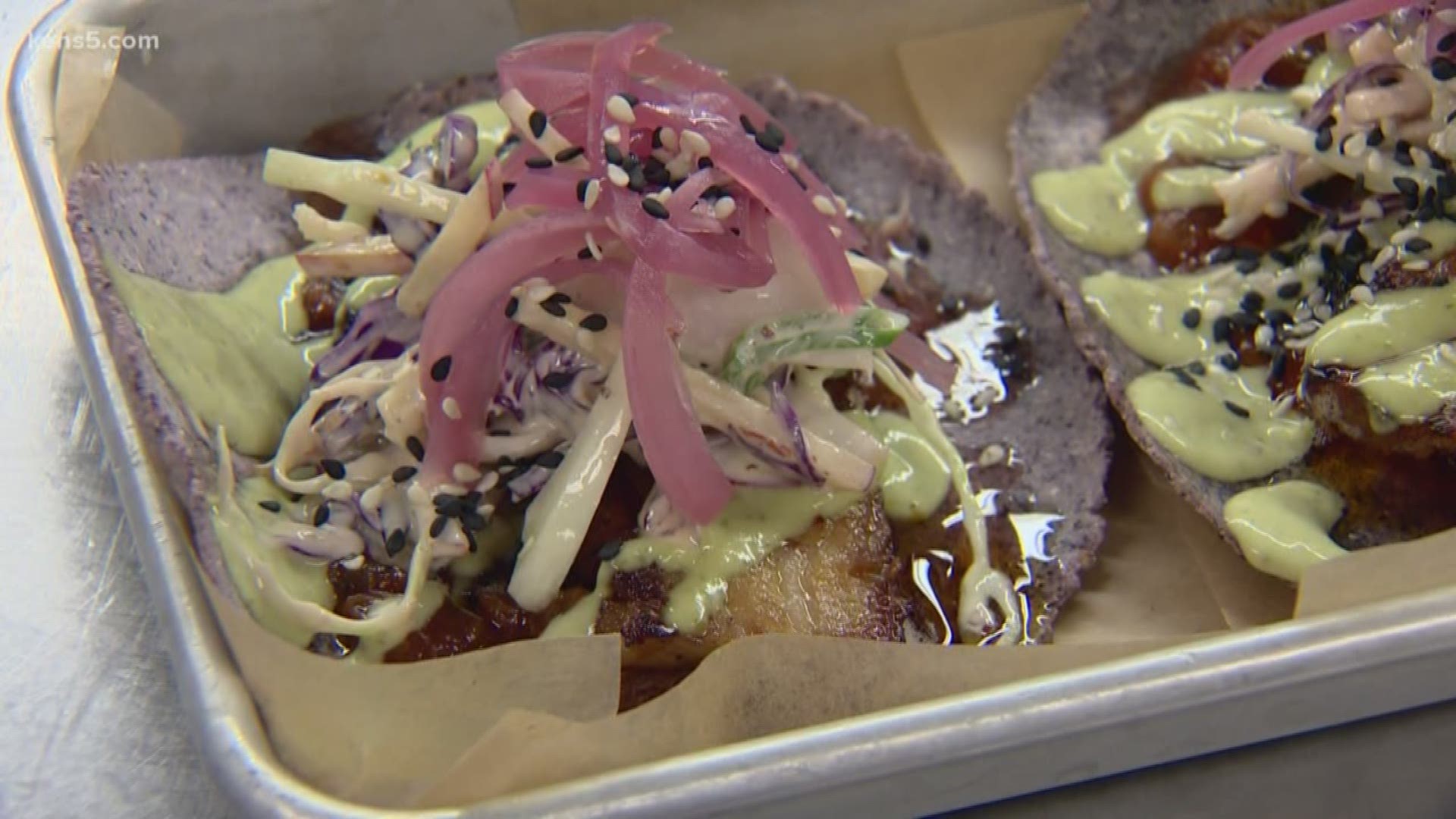 SAN ANTONIO — He’s got all the signs of being authentically San Antonio: Born in the Alamo City. Attended Taft High School. But Leo Davila’s tacos don’t fit what one might call traditional.

Davila is a culinary instructor at the Art Institute of San Antonio. He’s also a graduate of the school. It’s where he started turning his desire to cook food into a career. Well, there was a brief stint in Houston where the school of hard knocks tossed him out of the frying pan and into the fire.

He opened a restaurant with his father.

“That’s always a conversation starter,” he said. “Do we serve seafood? Are we a pool company?’

According to Davila, the name originates from those who cautioned him about missing his moment with his culinary skills.

“Literally, one morning I woke up, responded to five, 10 of my closest friends or family and said, 'I'll catch the wave,'" he said.

The name stuck. So, he took Catch the Wave on a food tour at farmer’s markets, festivals and various events hoping to generate a customer base. It worked, and they went on to participate in a trio major taco competitions in San Antonio this year. His food truck/trailer is expected to roll out in 2020.

RELATED: Neighborhood Eats: Green's vegetarian burgers may be something to chew on

Catch the Wave serves specialty tacos. Davila let his heritage drive his inspiration to create the tacos. He’s a mix of Mexican and Chinese. His tacos are a marriage – not a fusion – of notes from both cultures.

His team makes gluten-free blue corn tortillas on a cast iron press. Then, he stacks the ingredients in such a way the product looks like an edible Asian flower.

Neighborhood Eats was provided with a sample of his new level tacos starting with the simply delicious Char Siu pork belly taco. The pork belly is cured for 48 hours, topped with an Asian slaw which is whipped up with a dijonnaisse, avocado crema, salsa macha and toasted sesame seed.

Next, a tray with a smoked corn taco (Think corn in a cup on a tortilla), a hatch green chile taco and a roasted shredded tomato chicken taco. All are delicious! Neighborhood Eats leans toward the hatch green chile. But combining anything of the above with meat is just as good.

Give Marvin your review of Catch the Wave. If you have a suggestion for a restaurant or food send him an email (Mhurst@kens5.com), tweet (@Mhurstkens5), IG: @Mhguy or post it on his Facebook page. #KENS5EATS