Neighborhood Eats went in search of a goulash of cuisine in a city known for Texas charm and old world heritage. 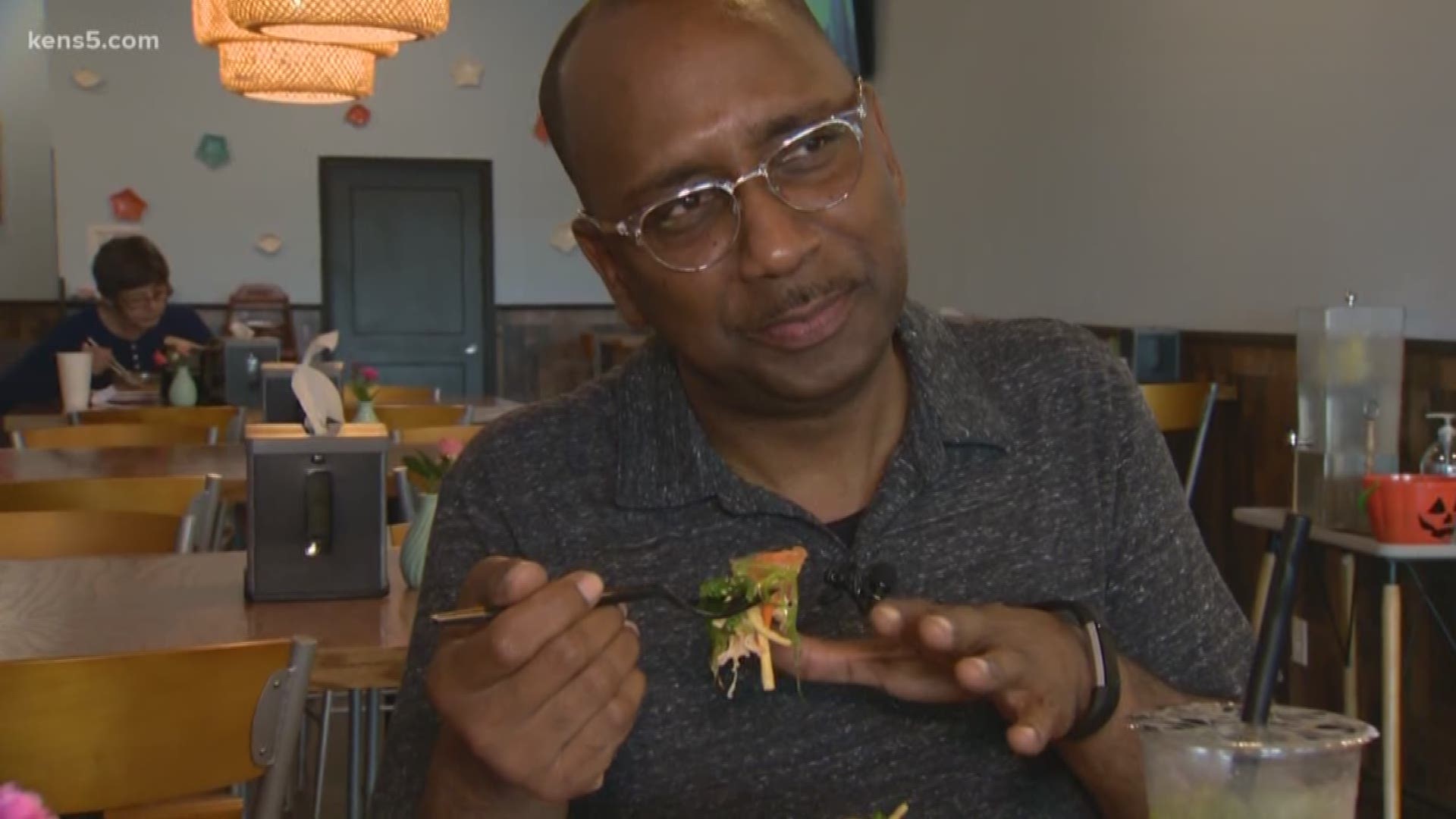 Neighborhood Eats came to New Braunfels to try a handful of local places and was not disappointed.

Los Gallos has a huge menu and large portions. The restaurant is known for its super tacos especially the carne guisada.

"It's a very small hole in the wall establishment," Travis Brown said.

According to Brown, the place was about to go out of business until his brother convinced his mother and father to buy it. It is the place where blue collar workers and high school students fill the tables to eat.

Los Gallos serves breakfast and lunch. By the end of November, they will start serving dinner with takeout Margaritas. Neighborhood Eats was provided with the Los Gallos super taco: Carne guisada with cheese. Fantastic!

2Tarts Bakery is cooking destiny for Ashley Landerman and April Weilbacher. They turned a catering business into a prosperous bakery. Landerman said they went from wedding and custom cakes to 2Tarts Bakery. A place where you can get baked heaven until 10 p.m. Monday through Friday. On weekends, the bakery is open until midnight.

"I always liked to have a really packed case where it's hard to make a decision when you're here kind of thing," Landerman said.

Muck & Fuss is the new kid on the restaurant block in New Braunfels. Terry and Celina Muckenfuss converted a building into a relaxed rustic eatery specializing in craft burgers and craft beer. They opened in October to a hungry crowd of customers who keep coming back.

"Very well thought out. Menu is phenomenal and everything," Jill Younts said.

Younts works for Muck & Fuss. As a former business owner, she said the attention to detail on the property is amazing. The grounds also connects to the Prince Solms hotel and one heck of a basement bar. The menu at Muck & Fuss also boasts crab cakes, loaded fries, 26 beers on tap and wine in can.

Sarah Lauther said her family always wanted to do something different. Her parents bought The Fork & Spoon five years ago. They turned the business into a German restaurant and bakery.

The Lauthers even brought multiple chefs from Germany to make sure their restaurant became the standard in cuisine from their homeland.

"If you want really good German food then this would be the place to be," Sarah Lauther said.

Patrons are obsessed with the Fork & Spoon's version of French Toast. It's made with freshly baked challah bread and a honey pecan butter. Que Rico!

At first glance Ohana Poke and Sushi Burrito is a chain but is not. Alvin Lin locally owns and operates the business. He assembles poke bowl and sushi burritos.

"You can make it however you like. Any vegetable that you like," Leon Xian said. "And the same with the protein."

Xian is Lin's nephew. He fits right in with the business' name 'Ohana' which means family. The business opened in July as a healthy option for New Braunfels.

The sushi burrito was good too.

That's it for this week's edition of Neighborhood Eats. If have a suggestion for Marvin send him an email (mhurst@kens5.com), tweet (@Mhurstkens5) or post it on his Facebook page. #KENS5EATS