Neighborhood Eats: More munch for the bunch at Benjie's Munch

Ben De Los Santos has created more than 250 items for his Benjie's Munch menu since its birth in 2014. It's scratch comfort cuisine he calls World food craft. 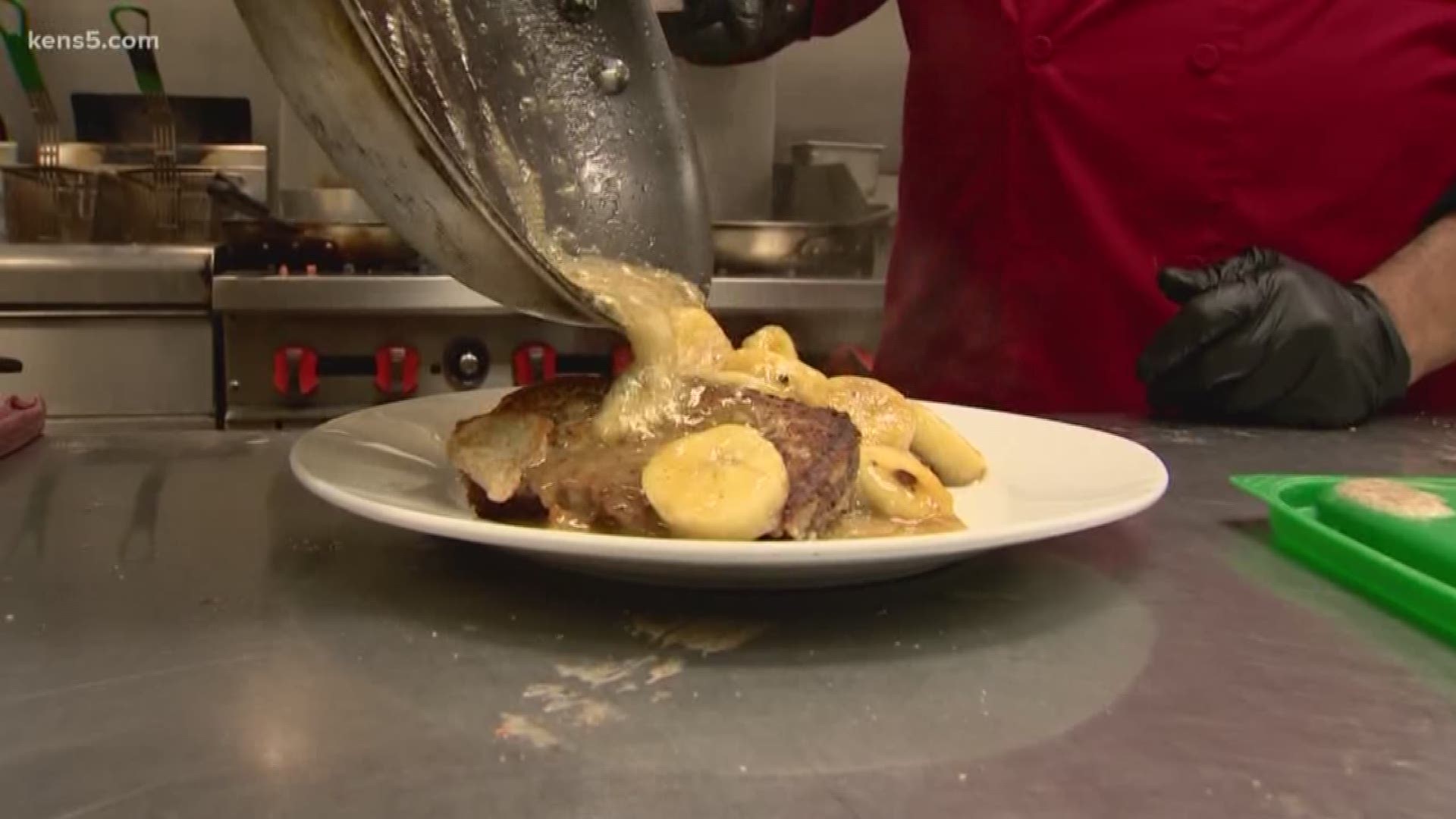 SAN ANTONIO — Corporate American food service paid the bills for 30-40 years. It wasn't an unhappy place. But Ben De Los Santos and his wife went to see the movie 'Chef.'

In the 2014 film, a chef's creative cooking passion reignites after he leaves his job at upscale restaurant. The chef buys a food truck. Dream comes true. Roll credits.

"You need to do what he did in that movie Chef and open a food truck," he said.

He cashed in a 401K, paid for cash and rolled out Benjie's Munch.

"I've always wanted to have something that I could call my own and do something a little bit different," he said.

Scratch comfort food they describe as World food craft is what he decided on. De Los Santos would take a creative spin on comforting cuisine from all over the globe.

The 57-year-old paid cash for a restaurant called Benjie's Munch two and half years ago at 1218 W Bitters Rd. His brick and mortar carried his childhood nickname Benjie and munch for food.

He admits some of the menu items were accidental successes. But the standard to make sure all of the food is an experience is intentional.

"If you're going to make something for someone it better be good," he said.

Next, the cheesey burger. It's doubled ground Angus chuck flipped twice with salt and pepper covered in cheddar and jack cheese on a brioche bun. He added bacon to our sample. This is a winner!

The sandwiches comes with house potato chips made from russet and sweet potatoes. They are good as a stand alone snack with Ranch dressing dip.

On the ¡Que Rico! list is the restaurant's spinach and artichoke grilled cheese sandwich. Add bacon.

Also tasty is the sizable Keto Quesadilla. No tortilla. The shell is made of brittle melted cheese stuffed with blackened chicken, tomatoes, jalapenos, avocados and sour cream.

The real chew: Ben De Los Santos is particular about food. That pays off for the 'Munchers' who go to Benjie's Munch. The food is affordable. Nothing on the menu is over $13. It's World food craft but not so fru fru that the dish is unrelatable. The restaurant does dinner on Thursday and Friday nights. They open for breakfast on Saturday and Sundays. This place challenges our comfort food with a little creativity.

Give Marvin your review of Benjie's Munch. If you have a restaurant/food truck suggestion send him an email (Mhurst@kens5.com), tweet (@Mhurstkens5), IG: @MHguy or post it on his Facebook page. #KENS5EATS