It’s up to you to crown the beefiest burger in town! 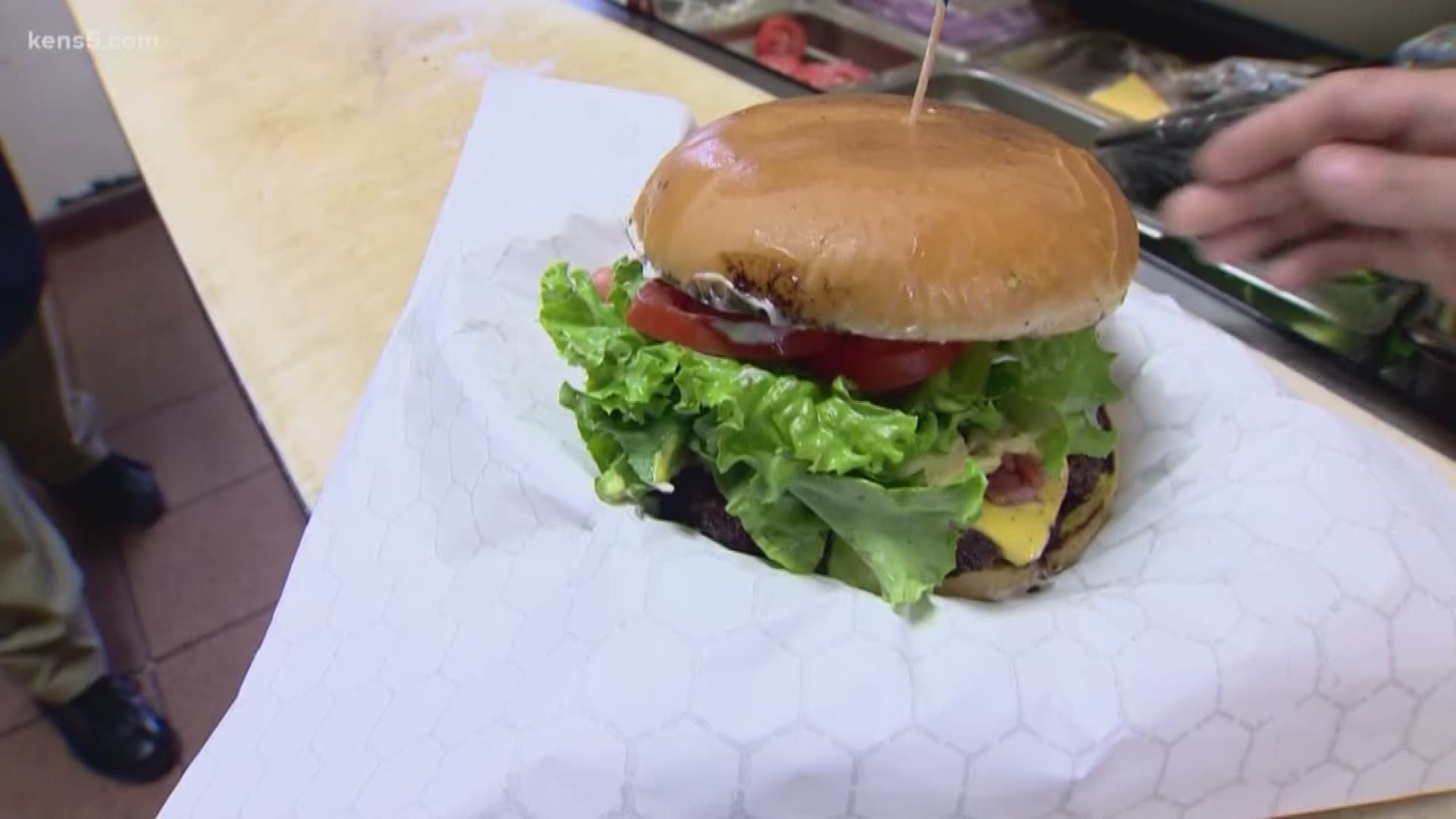 SAN ANTONIO — Sixty-four restaurants are competing for the title of KENS 5 Burger Battle champion. But it’s up to you to crown the beefiest burger in town.

The KENS 5 digital team set up six rounds for enthusiasts to vote their favorite burger through to the winner’s circle. Each round is four days. So, competitors need to get their burger base on the ball. And there is no peeking at burger polls prior to the next round!

VOTE NOW: KENS 5 Burger Bracket: Which burger is the taste of the town?

Alfredo Contreras was randomly selected from the list. Neighborhood Eats wanted to find out more about the place so many people recommended.

The 45-year-old has been in the restaurant business for most of his life. His story is a familiar one. He was a dishwasher who wanted more to do more than bust suds.

So, he started at Zarzamora and Waverly before moving down the street from Holmes High School at 5949 Ingram Rd.

Munchies…It’s All Good serves everything from Frito Pies to BBQ to burgers. Contreras is a burger builder. Just ask and he will add to the blueprint of your burger experience.

He’s had customers who want their burger buns made of grilled cheese sandwiches.  He did it. One customer insists on having tartar sauce on his burger. Obliged.

“To see people’s expression when you put out that burger,” he said. "They’re like 'wow.' Every time.”

His most sought-after deal is the four burger and four fries for $20. Neighborhood Eats came seeking one of his classic burgers. He provided the Munchies Burger.

It comes with bacon, cheese and avocado. The Munchie Burger is good.

Next time Neighborhood Eats will add the Frito Pie burger to the list.

There are those of us who will snub cooked food at a convenience store unless we’re traveling, or no other recognizable brand is in the area.

Do not turn your nose up at Teddy B’s. It would be a mistake.

Edgar Cavazos and Tiffany Lopez own a burger joint that serves all kinds of snacking delights: Burger, hot dogs, raspas, corn in the cup, funnel cakes, churros and more.

“One of the things that a lot of people come back for is the amount of food for the price that you are paying,” Lopez said.

They named the place after their bulldog Teddy. His face can be seen in the bright palette of their side of the convenience store at the corner of Prue Rd. and Babcock Rd.

Customers are loyal to the burgers at Teddy B’s.

“The main thing that would make us unique specifically would be our flavor on our hamburger,” Lopez said.

Neighborhood Eats came for a classic burger option. They brought out a hand-pressed patty with all the trimmings and a side of seasoned fries. Delicious!

Give Marvin your recommendation of Munchies…It’s All Good and Teddy B’s. If you have a recommendation send him an email (Mhurst@kens5.com), tweet (@Mhurstkens5), IG (@Mhguy) or post it on his Facebook page. #kens5eats