Neighborhood Eats: Green's vegetarian burgers may be something to chew on

It's looks like a traditional burger. But does it taste like one? Neighborhood Eats went to Green at the Pearl to taste and see. 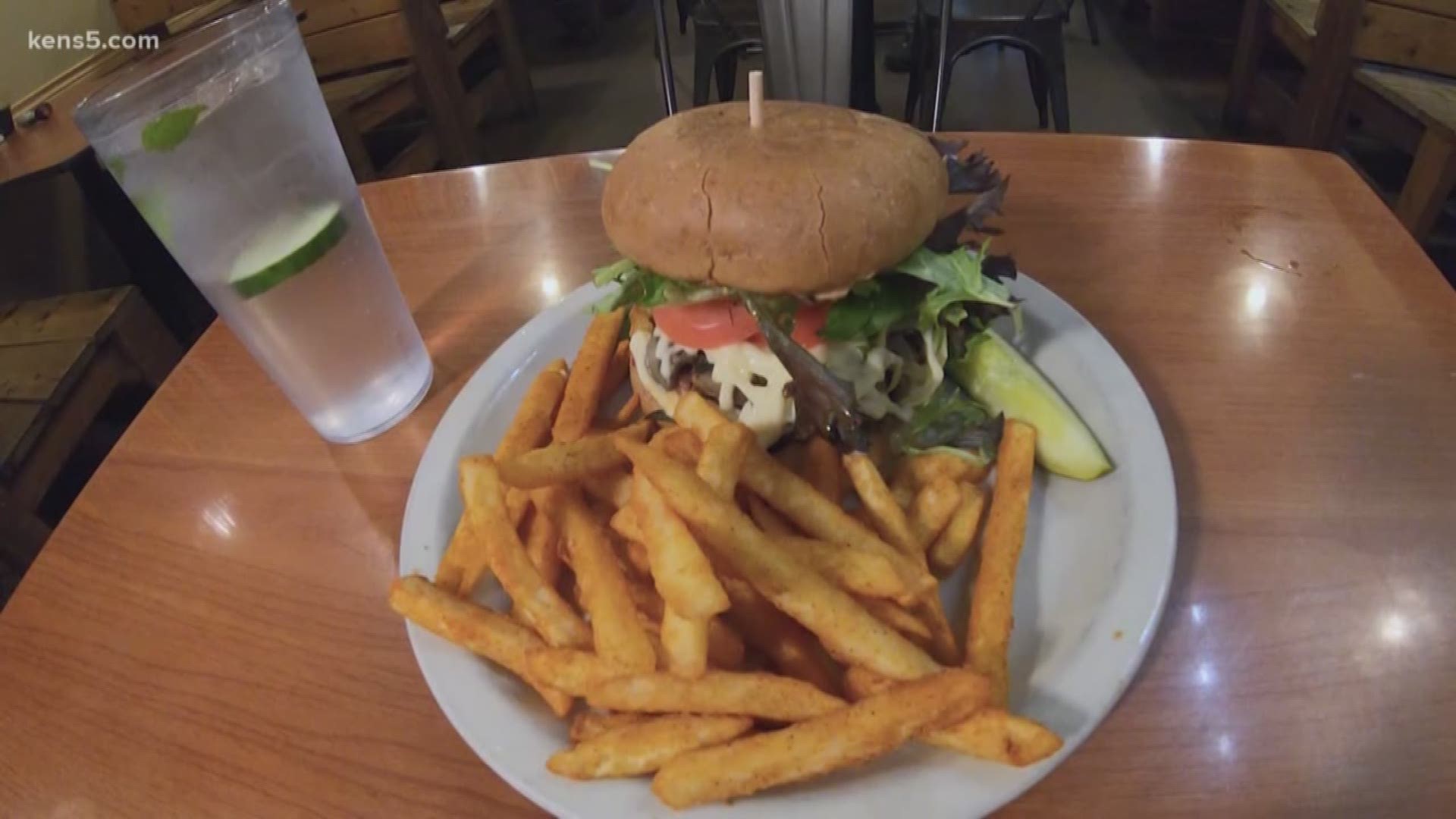 SAN ANTONIO — The food had to be delicious and satisfying. It also had to be a healthy departure from Chef Mike Behrend's lineage of comfort food.

His family owned LuLu's Bakery & Cafe until 2006. Within a year, they opened Green vegetarian cuisine.

"A lot of people think about what you can't eat," Behrend said.

He, clearly, started to re-imagine what he could eat. Even though it was challenging to replicate some of the dishes his palate knew in a different way, those ideas grew into the menu for San Antonio's first restaurant.

Six years later, Green moved to the Pearl. Next, locations at 10003 NW Military and in Houston.

"We're a Tex-Mex diner where everything is mostly vegan and completely vegetarian,"  he said.

According to Behrend, they serve everything breakfast tacos to burgers.

"We sell a lot of vegan burgers here," he said.

Neighborhood Eats was provided with two burgers to sample.

"You're not going to be starving 30 minutes later," he said.

Behrend offered his falafel burger first. It's a chickpea falafel patty dressed down on a fresh bun with a pickle spear. Good.

The real chew: Our visit to Green at Pearl Brewery was a learning experience. It's the same way for most of the restaurant's customers. Behrend said 85 percent of their customers are not vegetarian. The menu is filled with options. This is a place where carnivores have to release restrictions and think differently about food. There's something on the menu for you.

Give Marvin your review of Green Vegetarian. If you have a restaurant suggestion for Marvin send him an email (Mhurst@kens5.com), tweet (@Mhurstkens5), IG (@MHguy), or post it on his Facebook page.