Tong’s Thai was not an overnight success; the employees all quit on day one. But the family still built one of San Antonio’s premiere Thai food restaurants. 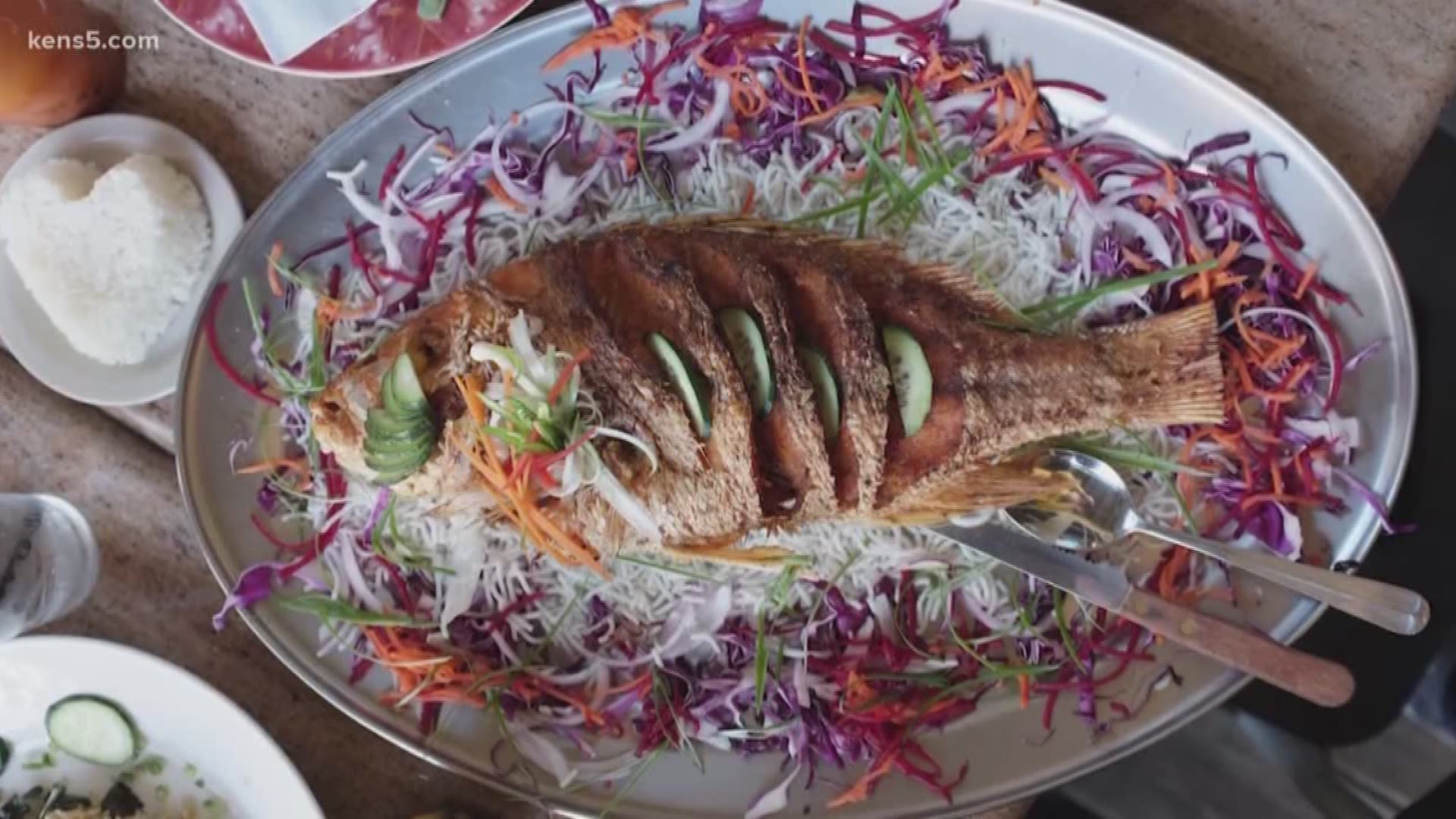 Melissa Saeng-on can easily roll out her stories about her mother, Nong. The anecdotes are honest and humorous.

“I’m her only daughter, but not her favorite child, “ Melissa quipped.

But make no mistake about it: She is proud of the restaurant legacy her mother created in 1995.

According to Melissa, Tong’s Thai opened with a meltdown that would have had most owners in tears. Not Nong Saeng-on. All the employees walked out of the restaurant at 1146 Austin Highway, leaving only young Melissa and her brother.

Nong cooked the food. Her kids did everything else. And, Melissa said, it was like that for a while until other relatives decided to pitch in.

Tong’s Thai survived, but didn’t start to really catch on until about a decade later, Melissa said. Her mother, a former waitress, kept grinding to make her dream of being a successful restaurant owner come true.

“The menu is mainly based with Thai food,” Melissa said. “We have our variety of Vietnamese and Chinese food as well. We also have some sushi.”

The Saeng-ons are also bubble tea pioneers in San Antonio. Their menu boasts more than 40 varieties.

Neighborhood Eats was provided with a massive sampler from Tong’s Thai beginning with their highly ballyhooed spring rolls.

The sizable spring rolls are deep-fried after being stuffed with seasoned pork, mushrooms, carrots, noodles and rice paper. ¡Que Rico!

Enter the Thai style fried rice with basil, fresh garlic and chicken topped with an egg over easy. ¡Que Rico!

Tong’s Thai also showcased two kinds of deep-fried fish. Both come with a Thai chili sauce with tomatoes, basil, peppers and onions. Fish one was strips of fried flounder. The second fish was a whole red snapper cut strategically for serving.

The fish is fresh, fresh, fresh! The Thai chili sauce served over it is sweet and island-y. Of course, for those who prefer grilled, that option is available. Want more spice? That’s available, too. This is a super-seafood option.

The real chew: Tong’s Thai is Thai food royalty. The food is excellent, which why the customers keep flocking to Austin Highway for more. Nong Saeng-on developed recipes and devoted the past 25 years to making sure her "hole in the wall" turned into a successful restaurant.

Her children were raised in this restaurant; they even had customers help them with homework. That’s the kind of dedication that shines through in her menu. Neighborhood Eats has also found a place where bubble tea does not have a manufactured taste. Just like the name, Tong’s Thai is golden.