The simple BBQ culture of Vaqueros and cowboys influence the menu of El Monte BBQ right down to the Pan de Campo. 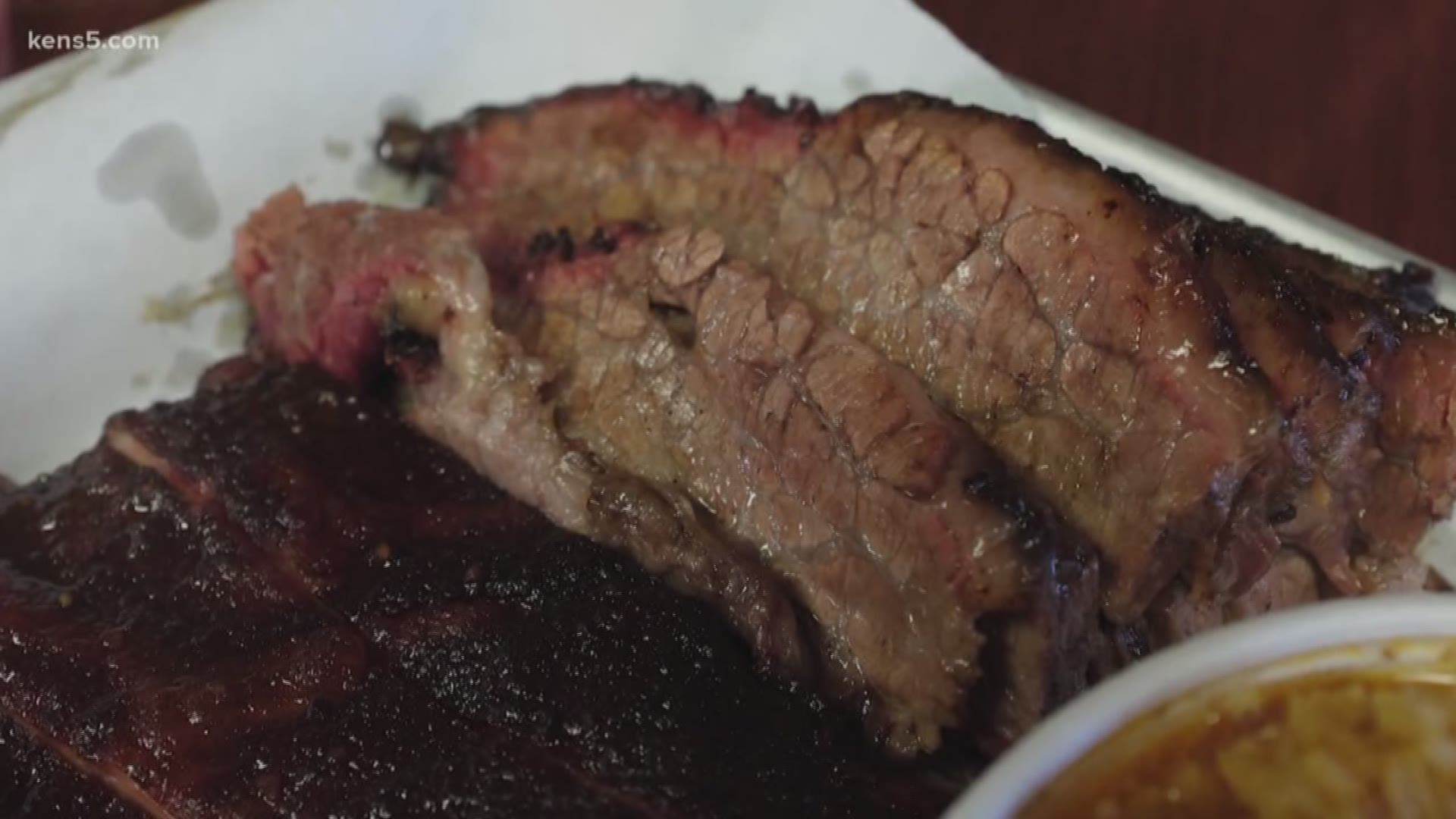 SAN ANTONIO — El Monte BBQ is the evolution of a family steeped in cooking traditions connected to ranching.

Two years ago the restaurant came to fruition at 6526 Bandera Rd. In suite #4 the Avilas smoke meat, whip up simple sides and offer the official state bread of Texas in small quarters.

"We can fit about 15 people in here when we're completely full," Chef Jaime Avil said.

Avila started stoking the fire for barbecue at 13. His first brisket came off the grill when he was 15. The love of cooking put him on the path to becoming a chef at high end restaurants after completing training at Le Cordon Bleu of Culinary Arts in Austin.

But plating up fancy dishes wasn't the food he felt in his soul.

"Got tired of that type of food and wanted to do my own thing," he said.

"The style of barbecue we have is very Tex-Mex," he said. "We take a lot of stuff that's from Northern Mexico and from South Texas."

The menu is connected to tried and true family recipes partnered the way Vaqueros and cowboys cooked.

As familiar as going to a wedding, Quinceanera or party where barbecue is on the menu, Avila said.

"It's always brisket, rice, beans and potato salad," he said. "We didn't grow up with coleslaw and beans on the ranch."

They also serve Pan De Campo which is a flatbread called 'Cowboy bread' or  'Camp bread' by many.

Avila said the recipe is five generations old. The challenge was converting it from generational eyeball and fingertip calculations to actual measurements for the restaurant. The barbecue was easier.

"All of the seasonings---the dry rub that we have for our meats have some style of cumino (cumin), chili powder, paprika, garlic powder, onion powder, salt and pepper and cayenne pepper."

El Monte BBQ provided Neighborhood Eats with a platter of offerings from their menu.

The smoked turkey was good as was the supremely tender and delicious ribs.

Potato salad is one of the most popular sides at restaurant. It's pretty good. The cream style corn is tasty too.

The half and half is charro beans, rice and a comforting blend of spices. Love this!

Tasting the Pan De Campo made in a caste iron skillet was worth recipe conversation. Fantastic! Even better to wrap a piece of their smoked meat with.

The real chew: El Monte BBQ qualifies as a hidden gem. The place is small but the taste is big. There are five tables which means you'll get to meet new people or grab your food to go. The Avilas are as connected to pride in product as they are to customer service. Their chalk board menu even breaks down how many people your meat portion will feed.You can just tell they been feeding others their whole life. Now, it's a business. And, their seasonal chili is fantastic!

Give Marvin your review of El Monte BBQ. If you have a restaurant or food truck you'd like to recommend send Marvin an email (Mhurst@kens5.com), tweet (@Mhurstkens5) or post it on his Facebook page. #KENS5EATS