The food blueprint at the San Antonio Stock Show & Rodeo is a mix of traditional, unusual and surprising fare. 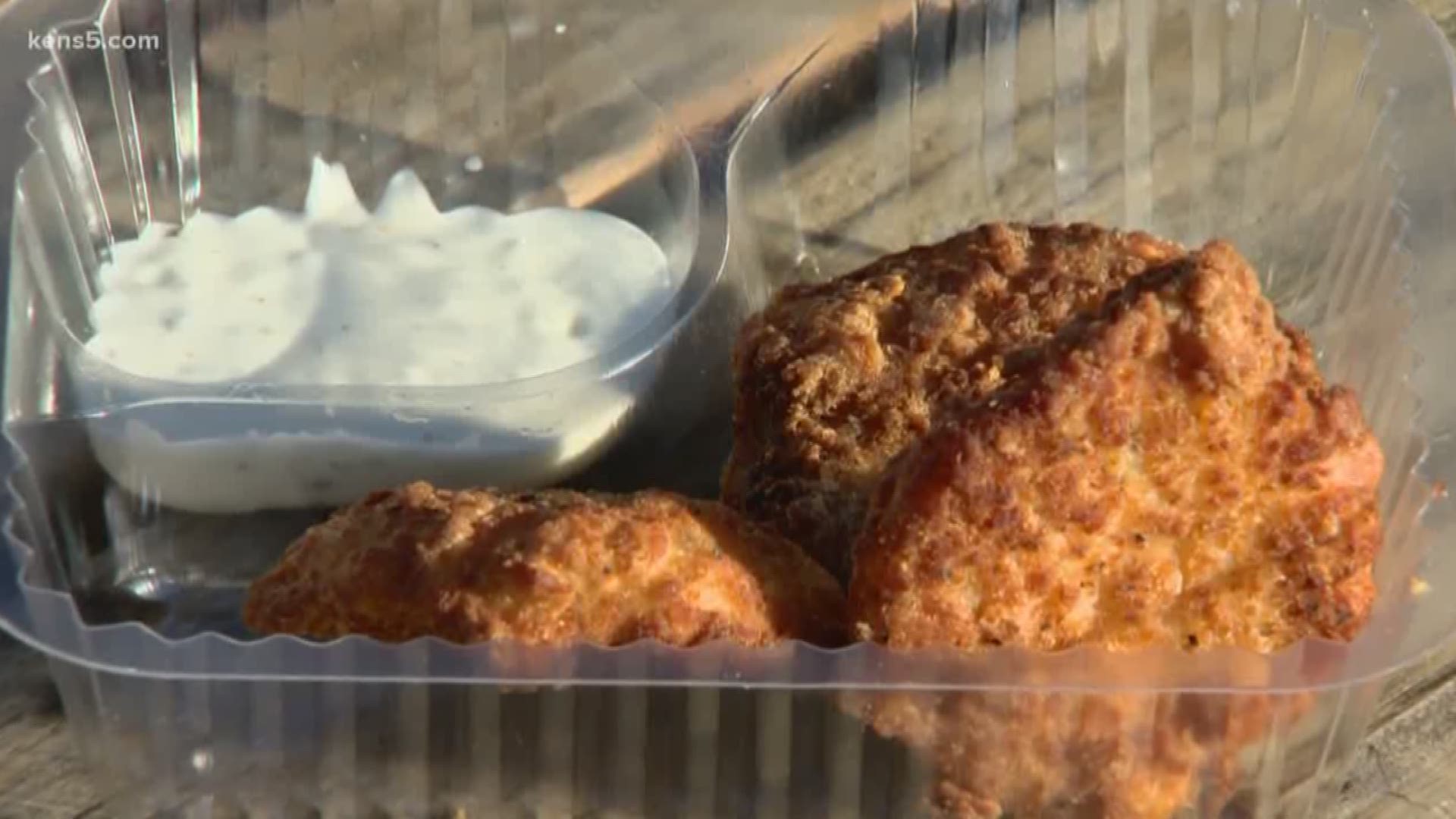 Chef Johnny Hernandez is no stranger to the kitchen, but this is his first time at the San Antonio Stock Show & Rodeo as a food vendor. Hernandez's new space at the AT&T Center gives him a prime opportunity to reach rodeo fans in a different way.

“We have an Asada dog,” Hernandez said. “It’s piled high with fried onions and cheese.”

The owner/architect of La Gloria and Burgerteca is also offering a torta style sandwich with layers of ham, cheese and carne asada. And to wash the food down, he’s offering Texas tea, palomas and Kentucky mules.

“We love the creative aspect of what we do with food,” he said. “We like to keep it fresh and exciting.”

Overall: Chef Hernandez is successful for a reason. The spread for Neighborhood Eats fit right into his comfort zone. His rodeo offerings weren’t offered in our sampler. The Big Texas Classic got more than eight seconds of rodeo time for this taste tester!

Juan Garcia lives in San Antonio. He started his food business in Colorado preparing BBQ. He moved the business to San Antonio because his daughter is attending Texas A&M.

“Our specialty is everything,” he said.

Garcia does everything from brisket nachos to loaded rib fries. In fact, he provided Neighborhood Eats with a basket of those fries: home fried chips covered in carne el pastor, lettuce, tomatoes and homemade guacamole. This is pretty good.

He really caught our attention with his mango habanero lemonade. It is fantastic!

Overall: Garcia works hard to create dishes that have a cultural catch. His food is good fairground food. How we wish he was in the lemonade business, because that’s where we found his sweet spot.

Gary Morris said he loves cooking and serving food. His business started in Dayton, Ohio. Morris has been making the trip to the San Antonio Rodeo for 12 years.

Morris said his ribs are popular too. They are tender and decent tasting.

Overall: Morris has a huge menu. I feel like I could order a smoked book and a stir-fried T-shirt and he’d have it on his menu. His product isn’t bad, at all. He does get a Neighborhood Eats nod for his Big G’s seasoning salt that he also sells. It’s cracked pepper and sea salt.  We tried it at home and haven’t stopped using it. The sodium is low but the taste is high.

Rusty Allen has been selling chow for 30 years. The fruit of his labor is paying off. His food comes with the accolade of blue ribbons, especially the fried green tomatoes and fried peaches.

Neighborhood Eats had to try both. The fried green tomatoes are what we’ve come to expect with the southern dish. The slices we had from the Midlothan-based vendor are filling and good with a side of ranch dressing.

Allen’s fried peaches were a Neighborhood Eats surprise. Deep fried peach slices are covered in cinnamon sugar. They are served with a side of icing. ¡Qué Rico!

Credit: KENS 5
If you like peach cobbler then you may like deep fried peach slices from the Orignal Corn Roast.

Ohio based vendor Anthony Allega is always coming up with something for fairs and rodeos. He owns a dessert truck. Allega’s new offering is The Spud Shack. This is where tater tots come plain and with toppings galore.

His most popular tot in the Alamo City is the San Antonio tot.

Neighborhood Eats asked rodeo intern Gabe to sample the San Antonio tots. Judging by the way he dug into them, he's a fan. The thumbs up between chews was a clue as well.

Overall: The Spud Shack picked a great foundation to build on. You can't go wrong with French fries, chips and tater tots. It’s easy to build a tasty dish on that.