Comfort Cafe does not have prices on the menu. The restaurant operates on donations to fund the recovery of people overcoming addiction. 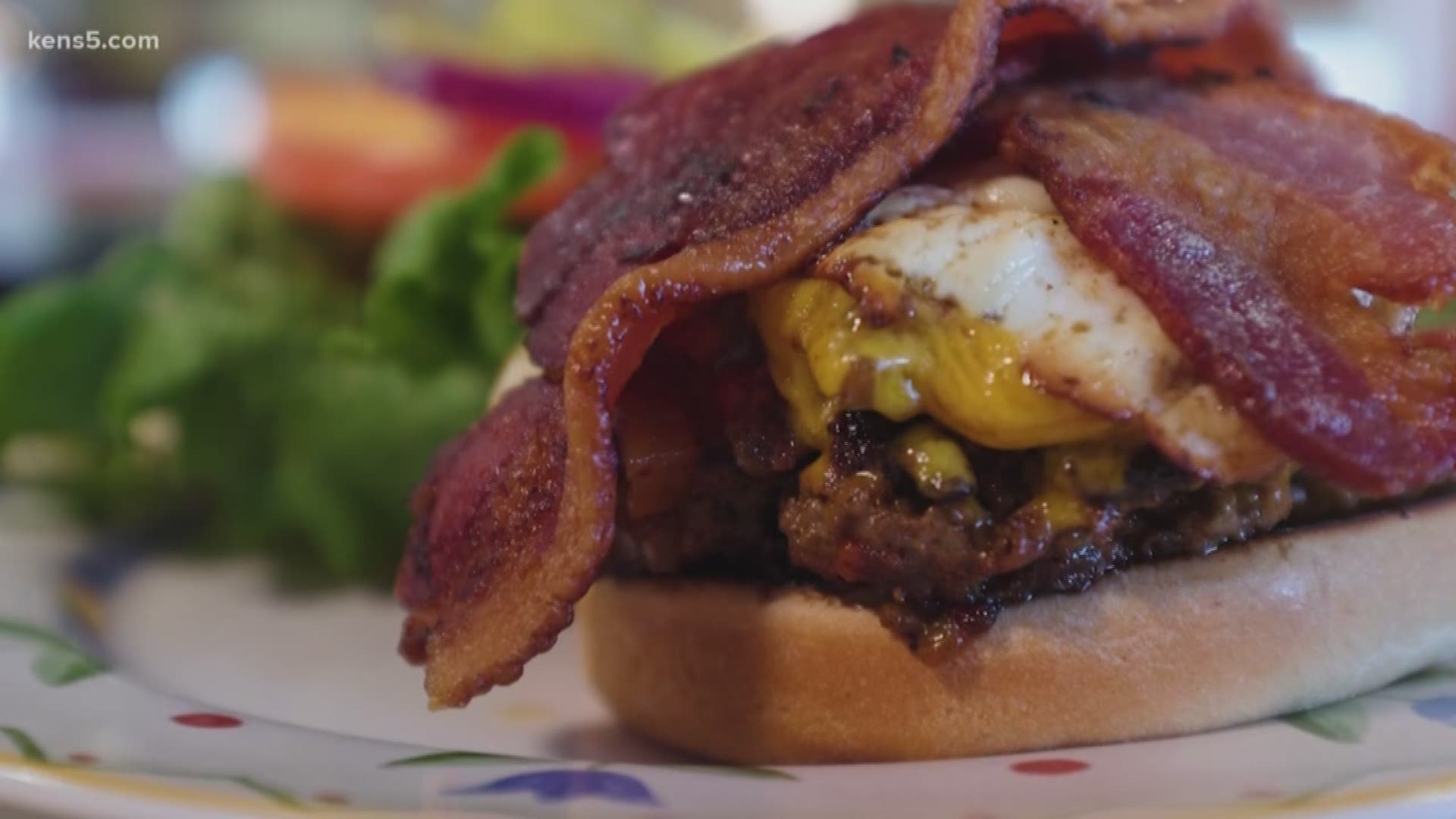 SAN ANTONIO — Drugs and alcohol were readily available to Rosie Lopez in New York. She worked as a disc jockey in places where both were accessible.

"I was surviving rather than living," she said.

Addiction collected its debt and Lopez lost everything. She was homeless for three years in New York City. As the harsh winters and hot summers changed she sought help but could not find what she needed.

"I tried seeking help from so many places. And I was declined," she said.

Struggling to get back on her feet, Lopez finally gained sobriety in November 2004. She and her partner Terri who worked in the field of addiction moved to Texas in 2005.

Five years later the two opened the Comfort Cafe in Smithville. The restaurant was to fund a recovery program for addicts called Serenity Star. A brochure for the non-profit says it where they are 'turning scars into scars.'

The restaurant model became successful. It flourished enough for the couple to purchase 10 acres to help men and women with their struggles.

In May 2019, they opened Comfort Cafe San Antonio at 5616 Bandera Rd. Just like Smithville, the workers are people in treatment.

Austin Payne has worked in both restaurants. The 27-year-old said he's been in other treatment centers. He said Serenity Star made the difference.

According to Payne, a sports injury in middle school led to an addiction to pain killers.

"Eventually I was using IV drugs, heroin, smoking crack---ended up homeless," he said.

His mother led him to the Comfort Cafe. It changed his life.

Yet, it's an eclectic menu and healthy portions seem to keep customers coming. The Comfort Cafe is opened Friday-Sunday only. The workers and owners are doing or conducting treatment on the other days.

The workers get a stipend but there is no paycheck at the Comfort Cafe. There are also no prices on the menu. It is a donation only menu which funds treatment.

In fact, the Comfort Cafe San Antonio provided Neighborhood Eats with a huge sampler starting with their chicken curry salad.

Don't let the word curry send you scrambling away. This is a wonderfully flavored chicken salad with honey-roasted pecans, cran-raisins on top of a spring mix. It served with mini blueberry muffins and a house-made strawberry vinaigrette.

The sweet potato coconut curry soup is a mouthful to say. But the soup is a winner. ¡Que Rico!

Also on the delicious list is the Guacamole Benny:  Eggs Benedict on top of two flaky biscuits, bacon, covered in Hollandaise sauce side of potatoes cooked with peppers.

The Churro Waffle is amazing! Imagine two plate-sized waffles that taste like a churro stuffed with cream cheese filling and salted caramel on top. ¡Que Rico!

On the menu, customers can also find the blackberry basil crepe with cream cheese filling. Fantastic!

The strawberry chocolate stuffed French toast with chocolate chips is good too.

Prepare to take a huge bite for their San Antonio burger: A chorizo/beef patty mix with cheddar cheese, bacon, chipotle mayo, and the trimmings. Wonderful!

The chocolate cookie with peanut butter, nuts, and powdered sugar will definitely please the kids. Meantime, parents can sip on the variety of mochas and lattes.

Ready the wow factor for the 'Rise & Shine'. It's a parfait that comes in an over-sized martini glass filled with Greek yogurt, house-made granola, and fruit. That's the rise. The shine is the two eggs, breakfast meat, and muffin. Wow!

The real chew: The concept of the Comfort Cafe fills your heart but the menu definitely fills the stomach. Food portions are huge and very tasty. The restaurant offers a healing atmosphere because the workers' perspective on life has changed. A conversation with one of them will feed your soul. In fact, customers have come to the tables and sought recovery. The table of restoration is always a good place to sit.

Give us your review of the Comfort Cafe San Antonio. If you have a suggestion for Marvin send him an email (Mhurst@kens5.com), tweet (@Mhurstkens5), IG: @MHguy or post it on is Facebook page. #KENS5EATS