Commentary: Spurs invite Neighborhood Eats over for a taste test

Before the Spurs take on the Clippers, their food leaders brought in food influencer Neighborhood Eats to sample the action off the court. 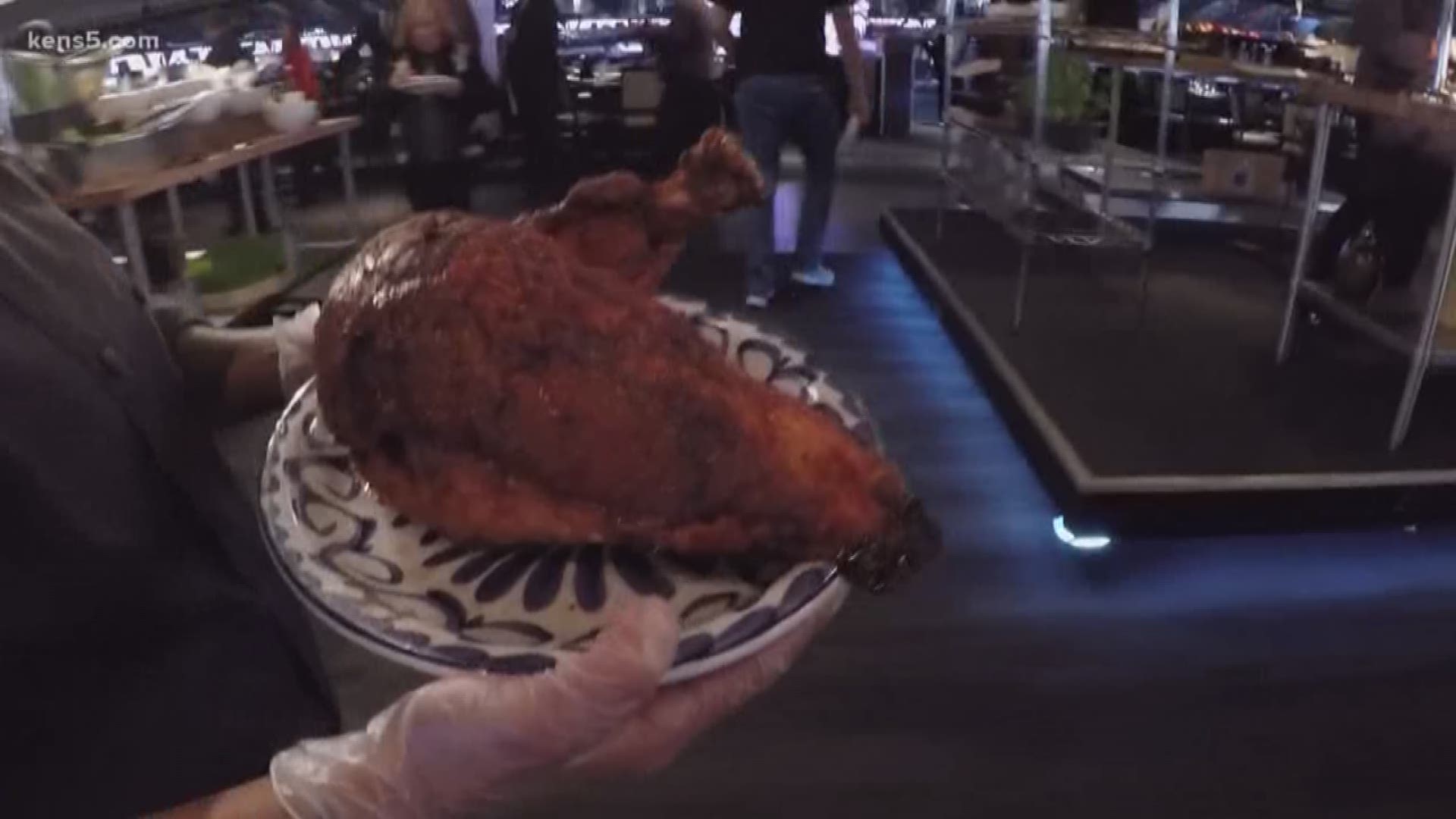 SAN ANTONIO — I can’t remember the last time I heard anyone rave about arena food. But there are options Neighborhood Eats sampled that make me want a second try.

The food team at Spurs Sports and Entertainment put on a tour of their arena offerings on Monday, and it was an ambitious list for any taste tester. Contrary to popular belief, this gig is not about free food. It is providing a review of an experience.

As Spurs fans, we are comfortable inside of the walls of champions and future hall of famers at the AT&T Center. So, where do I go if I want a bite to eat?  That depends on what you’re craving and how much money is in your wallet.

On the charter level by South Saddles & Spurs, Chef Manny Arrendondo put his work in on fast food favorites at Fast Break Frank’s. “For those hot dog and potato lovers, this is your place,” he said.

Next, the flame of wood fire inspired food at Crust.  This is your stop for pizza, calzones, a meatball sub, flatbread, cannoli and Tiramisu.

The meatball sub was fresh and tasty. Think meatballs made from pork and beef with pesto sauce and cheese on a hoagie. Not bad, at all.

The Terrace restaurant has an array of offerings where fans just need to make a reservation and pay for the meal. There are so many things to choose from here: Carving station, charcuterie, a taco station, salads, freshly baked cookies that can be eaten as an item or as a sundae—or an ice cream sandwich.

Of course, the seats with the view of the game amplifies the experience.

Chef Tony Domingue is with Aramark. He really listens to customers and demands excellence out of his staff.

“I had a bunch of dads who said, 'Where can I get something keto?'" Domingue said.

He tried to oblige. Domingue also delivered for those who said, "To heck with this waistline."

Lettuce, anyone? You may want to try their Southwest VIP wedge salad at Rock N Brews. The restaurant also has kiosk ordering.

The new kid on the block is Tenders, Love & Chicken (TLC). The eatery serves a chicken sandwich and chicken tender basket. Both come with Ranch-seasoned fries. There is a sauce bar IF you’re into sauces and dipping. This is a pretty good option.

Neighborhood Eats, at this point, could not try the potato corndog, Red Velvet funnel cake, Strawberry shortcake churro, skewered pickle with hot Cheeto ‘stuff’ and Ranch dressing drizzled across it. Looks tempting. Due to the volume of food, though...maybe another time, chef?

La Gloria is still in the house with its take on Mexican cuisine. El Coyote also has Mexican food options.

After all the tasting, Neighborhood Eats was able to burn off the calories in cardio from the excitement of the Spurs beating the Trailblazers.

Good game. Fan-worthy food. And thanks to this experience, I have a built-in food map for you and me. #KENS5EATS